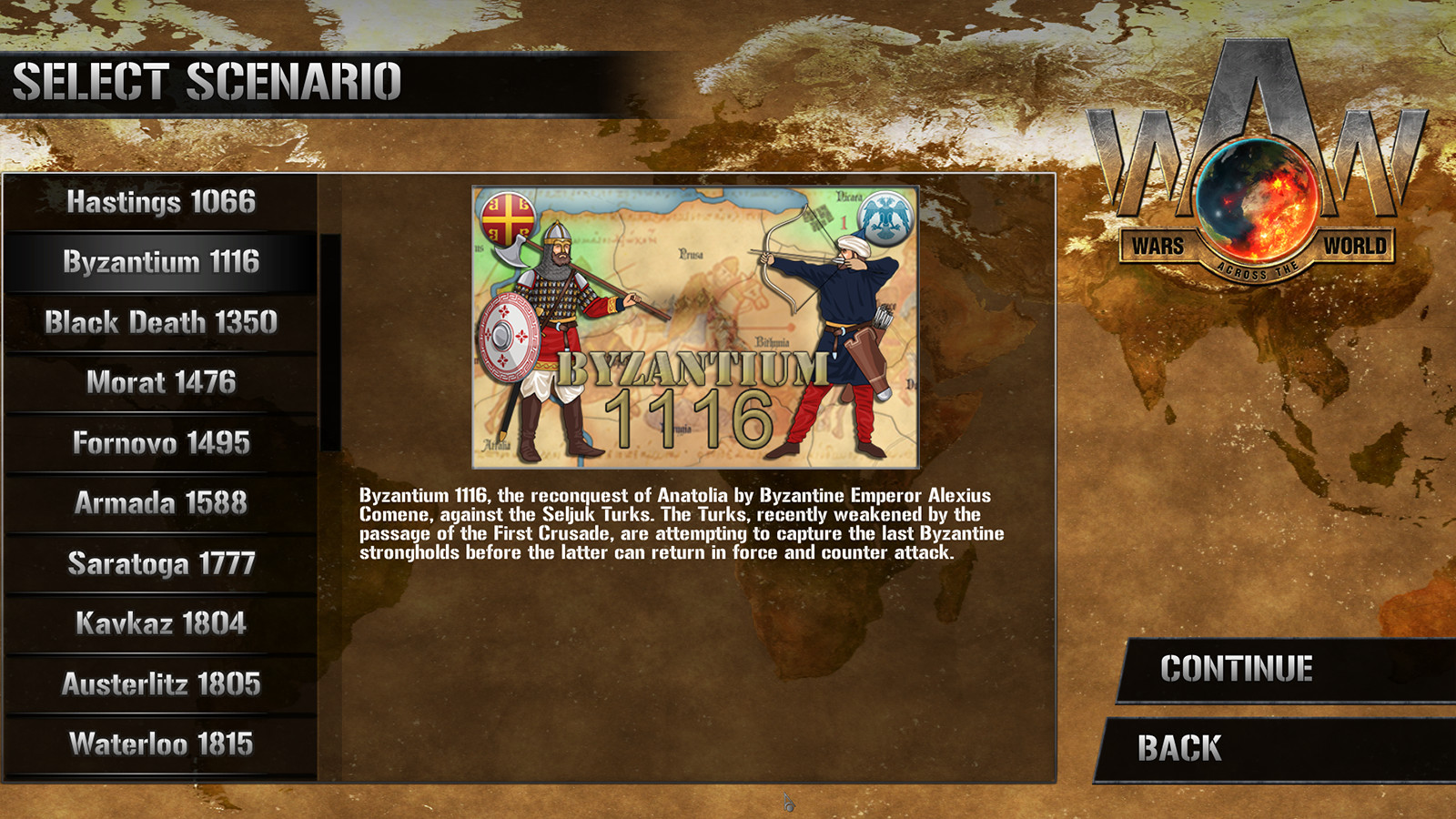 Byzantium 1116, the reconquest of Anatolia by the armies of Byzantine Emperor Alexius Comnene, against the Seljuk Turks. The Turks, recently weakened by the passage of the First Crusade, are attempting to capture the last Byzantine strongholds before the latter can return in force and counter attack.

Both players attempt to capture the highlands of central Anatolia and their fortresses.


The game’s event cards allow full replay ability thanks to the numerous various situations that they create on the diplomatic, military, political or economical fields. 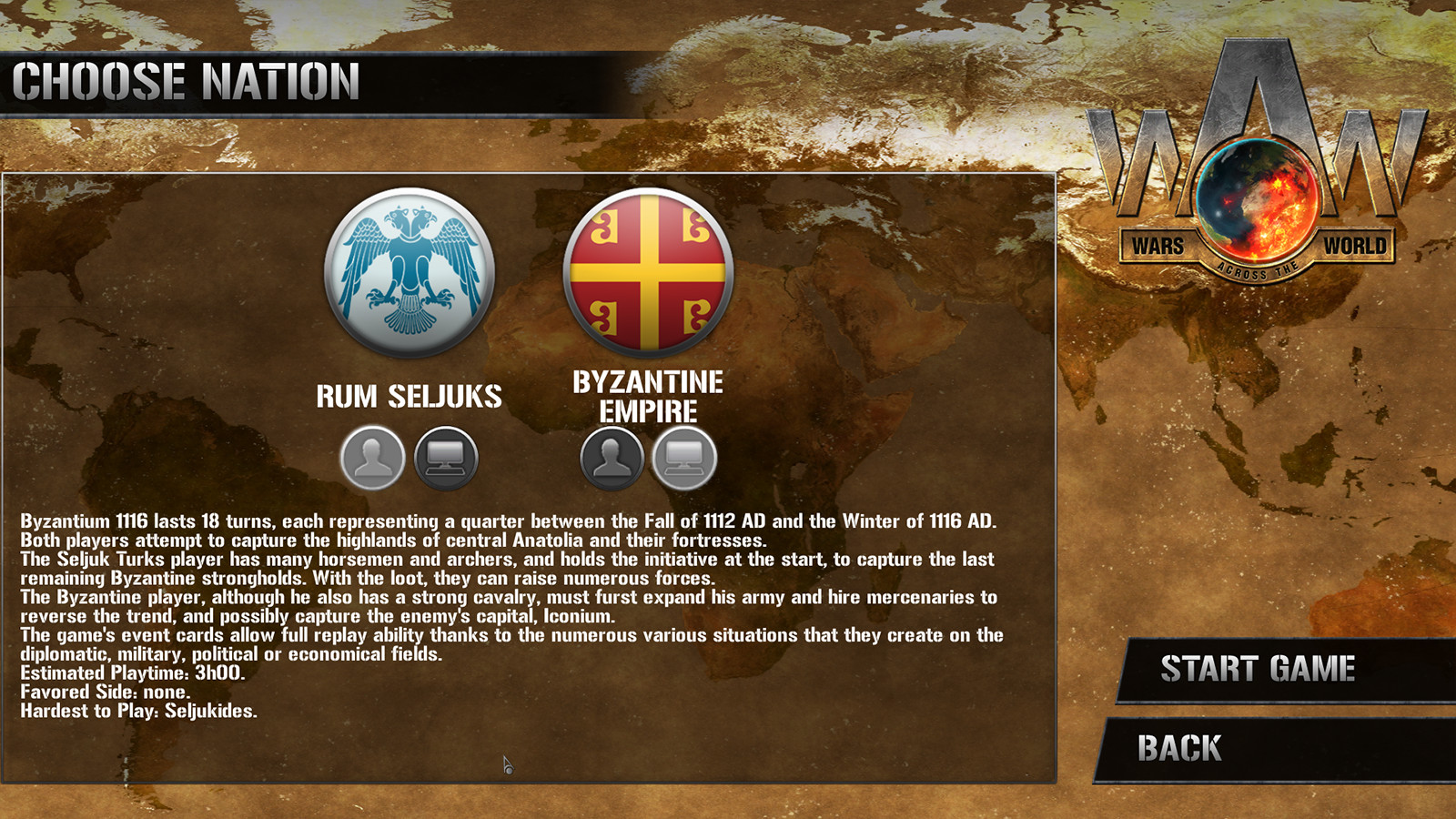 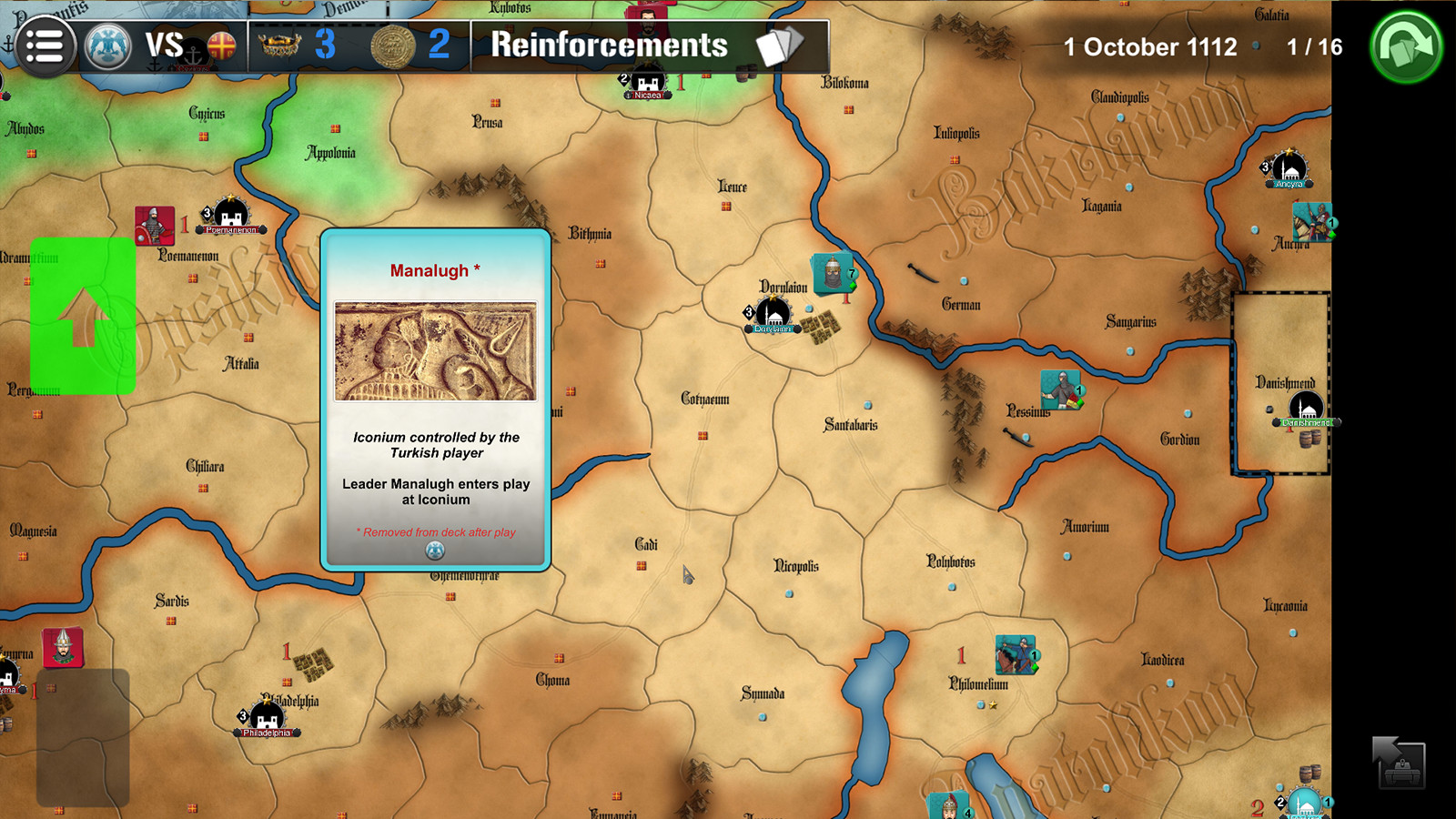 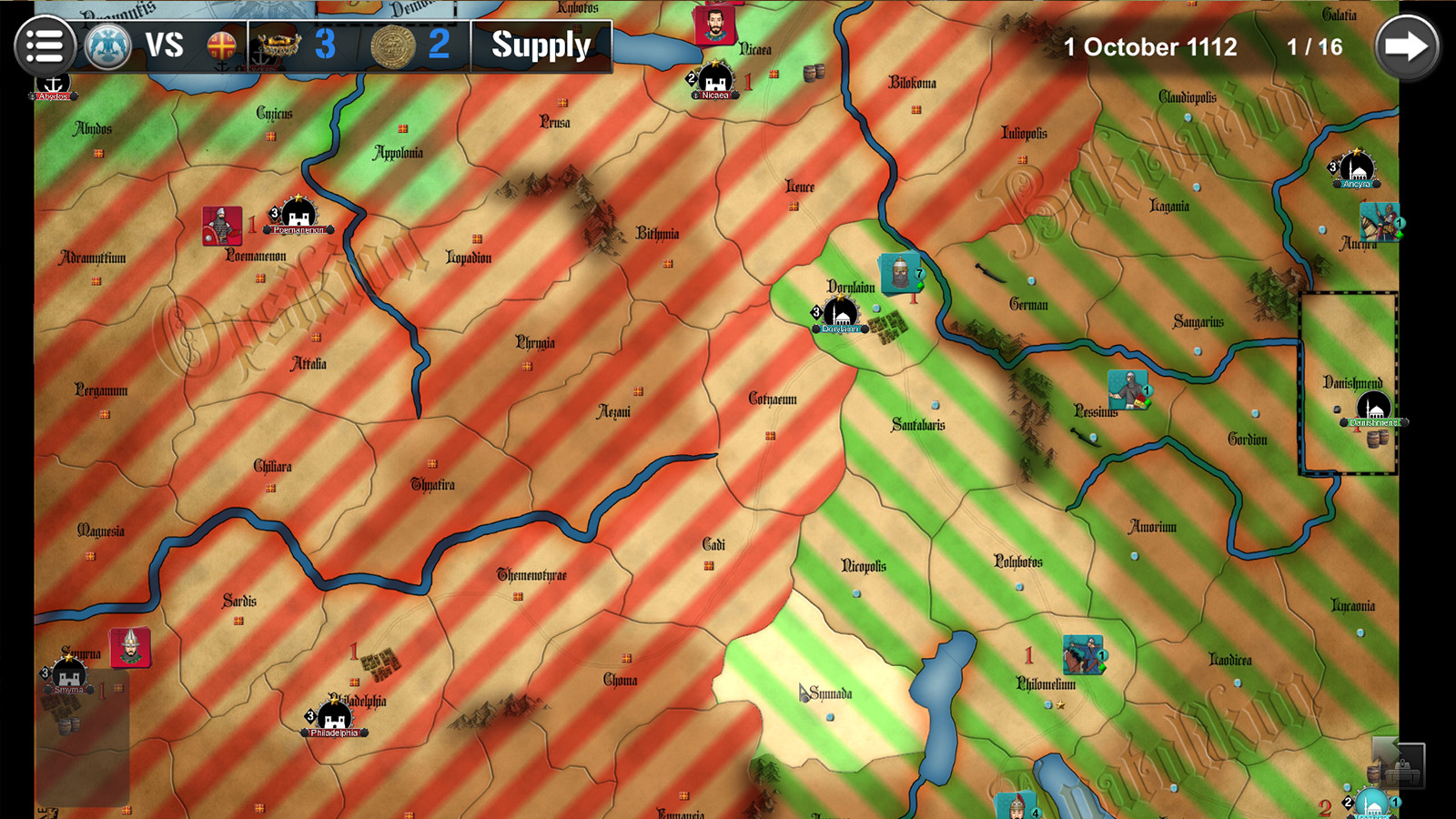