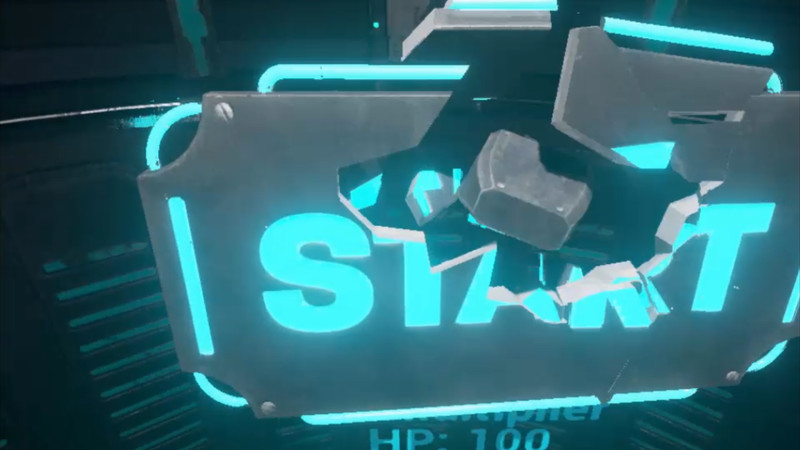 Punch Bomb is a virtual reality arcade game where you punch things! Wield the HTC Vive motion controllers as fists, and punch the bombs away from you before they explode in classic mode! Or don't let the bomb past you as it keeps coming back, dodge obstacles, and fight bosses in Grav Bomb!

Utilize powerups and rack up large combos to maximize your score, dominate your friends, and show everyone who's the best at punching things on the global leaderboards.

And, above all, have fun and PUNCH SOME THINGS! b4d347fde0 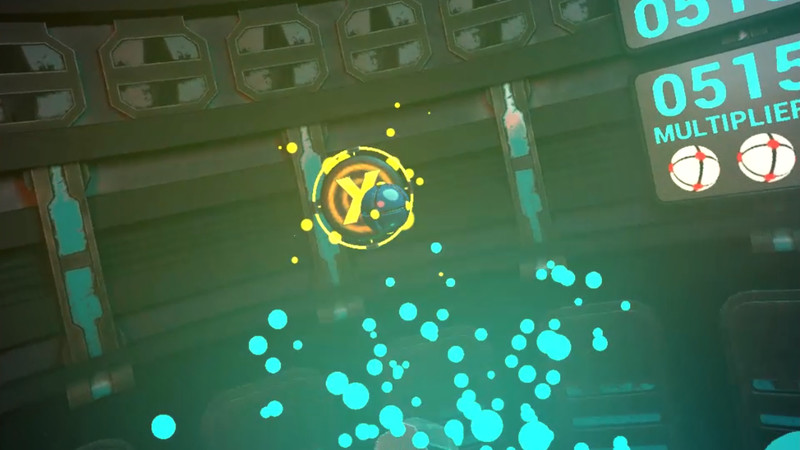 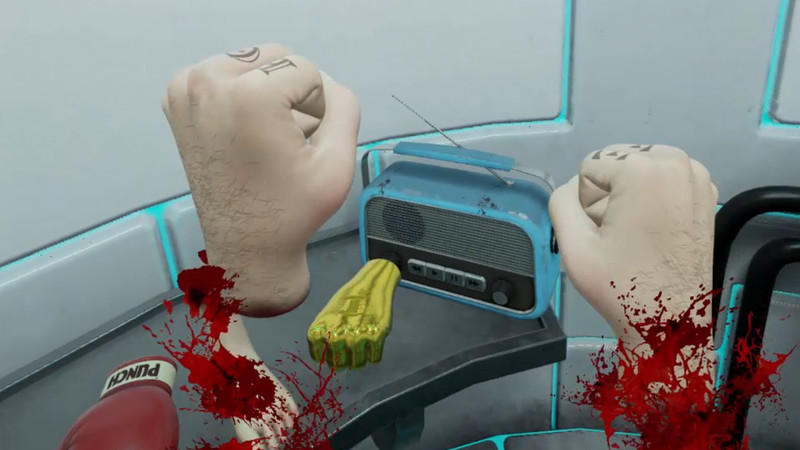 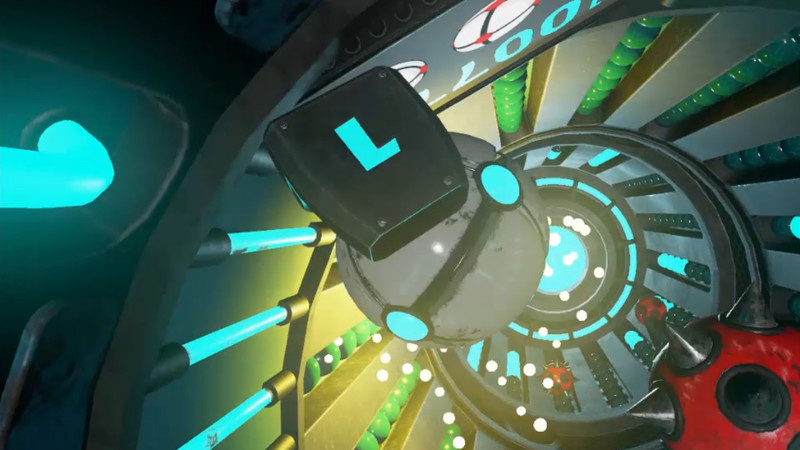 I was very close to refunding the game as I was not having much fun in the classic mode. It just didn't seem that intense to me. You punch bombs that spawn all around you. If it's red, don't punch. If it's another color, then weird things happen, you'll either have to double punch quickly or more bombs spawn that you'll have to punch quickly. If it's red on top or below you'll either have to punch upwards or downwards so you're not punching red. Lasers also spawn which you'll have to crouch or if you're lucky, punch a bomb towards. Targets spawn that you can punch bombs towards for more multipliers.

The good news is that you don't need a 360 or roomscale setup at all. You can do 180 mode and standing room worked just fine. In fact, you can play sitting down. I would recommend that for a light workout. Still, the simple gameplay, although a nice workout, wasn't much fun to me or challenging. It's just a matter of stamina really.

Then I tried grav bomb. This is a nice twist on all the VR tennis games out there. Basically, you're in a gravity chamber where you can punch one bomb (but really it's just a ball) to try to take out the objects around the play space cylinder. Gravity brings the punch bomb towards you. To start off, you don't want to punch too hard because you'll probably end up hitting the wall and the punch bomb will come rapidly towards you. You'll want to measure your punch strength and angle towards the edges. So while all this is going on, you can hit targets to have different effects, like your punch bomb getting bigger making it easier to hit on the edges. Then turrets will spawn that you'll want to take out. Enemy bombs will spawn that you'll want to dodge. The more succesful you are, the further you'll have to punch the ball and the more things will spawn that you'll have to navigate correctly. Soon, you'll start feeling your arms hurt. But you want to climb up the leaderboards. Believe it or not, you can actually play this seated as long as you have wheels on your chair to dodge out of enemy bombs.

I got a good sweat going. I had fun with gravity bomb. I don't think that concept of gravity pulling the ball words you would work with a racket. But it works well with your punches. I look forward to the third game under construction and am happy to not request a refund and look forward to the game development and improvement.

Rate 6\/10. Hope to increase the score in the future with more development. EA sometimes works and it looks like this is one of those games moving towards success. Honestly, I think the 'classic game' needs music to the rhythm of the punches to make it more enjoyable to do the workout or maybe boss fights that change up the mechanics in between rounds. I hope dev adds some changes to classic mode. <\/u>

. This game has a killer concept but there are a few major issues I encountered while playing for about a half hour. Namely, the incredibly wonky way some of the hands hit the balls. Other than the Midas ones. Otherwise, in the mini-game, the ball basically continually rolls along the walls of the tube. In the "classic" mode, It's not necessarily a terrible thing, but the way this game feels, lining up a punch and watching the ball go careening off 20 degrees to the side reminds me of miscueuing while shooting billiards. Anyone who's ever done so knows that it's jarring and unpleasant, and it feels like a rogue element betwen you and your goal. The difference is, in billiards, you can chalk the stick and then make sure you make solid contact, and it won't happen again. In this game there's no rectifying it, so it feels sort of distracting and disorienting.

Speaking of disorienting, the punch effects are amusing but maybe they should only pop on every 7th or 8th hit. With the boxing gloves I was basically blind when one of the yellow multi-balls popped up. Again, I'm not trying to suggest how one would optimize this game for competitive play or anything, but it significantly deducts from the initial feeling of precision and timing you need to play. Without a 10x multiplier the leaderboard is just for show, though right now I somehow made it on there.

The game randomly spawns targets in every direction, which, if you have a Vive, you might already know this can be troublesome. If you don't pay attention, in one round you could end up spinning around enough to seriously wind your cables. Not to mention whipping around 180 degrees for those of us with the old 3-in-1 cable for your HMD. it's noticably cumbersome and tends to gently yank on your HMD when you spin around. Combined with trying to dodge the cable as you twirl about your play space, this is stressful. But I like the idea of a 360 degree playfield and mine is a minor gripe at best.

It looks great, however, and on my system (6600k and 1080) it runs very well aside from crashing when I try to go to the menu. It doesn't take long to load, at all, though, so for right now I hope it's fixed but it's hardly a massive inconvenience.
I can see this game becoming really fun with some fine-tuning here and there, overall though I'd say it's about a $5 title right now.. VR games will convince you that you're a master marksman and archer, even an insanely good swordsman. Well not EVERY game takes you that far out of reality. Punch Bomb is a lovely example of that as it reminds me how much of an uncordinated mess I am.

So thanks Chris, you've reminded me why I always got picked last for Kickball. If you can make an easy mode for Grav Bomb I would greatly appreciate that. Beyond that the game is nicely designed and very challenging.

It's polished. It's fun. It's a legitimate physical workout. It's skill-based with a skill ceiling. It's awesome.

Burn some calories while having fun and grab it. It's a steal at $7.. Punch Bomb is a gem.

It's polished. It's fun. It's a legitimate physical workout. It's skill-based with a skill ceiling. It's awesome.

Burn some calories while having fun and grab it. It's a steal at $7.. Super addictive for such a simple concept. I heard a lot of hype about this game but avoided buying it because I knew I'd experience everything the game had to offer within 2 minutes. Turns out that was in fact true, but it's instantly become the first game I spin up when I pull out the Vive. I put on some workout jams in my steam music player and let myself get into the groove of rapidly identifying bombs and swinging away.

Things I'd recommend to improve:
Gravity bomb mode - bomb feels like it takes too much 'force' to keep it going, and the fact that it's able to fall down near your feet makes it really awkward to try and keep the ball alive.

Menus - Other menu buttons remain punchable even after you've punched your main selection. If you do a swiping style punch you can trigger multiple buttons.

Combos - Any kind of tool tip indicating the purpose of combos. I keep my combo score high because it's fun but have absolutely no idea how it's contributing to my score, if at all