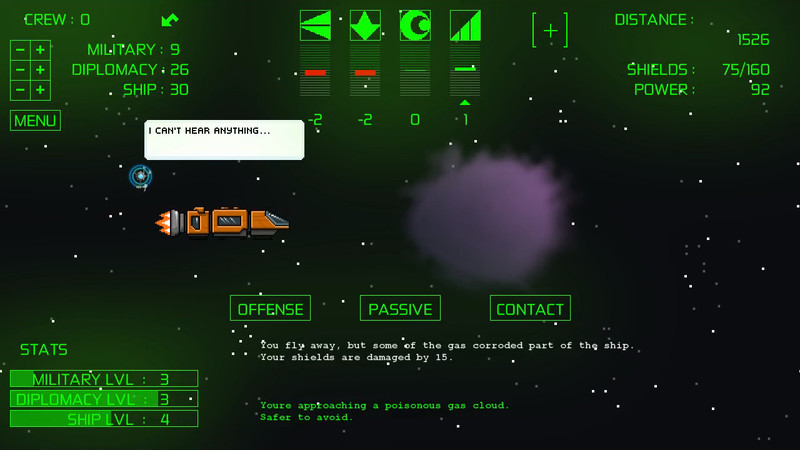 OESE is about your little ship, traveling alone through space trying to survive as best as it can to find a new home. Along the journey you come across different encounters with different outcomes depending on your decision. You can either try a passive approach if you're feeling peaceful, you can try to contact or trade with whatever oddity you've crossed paths with or you can go full offensive and fire a missile to try and steal their power!

​OESE is about decisions and consequences.


The game is very relaxing and turn-based, allowing you to take your time and enjoy the journey of space (or panic if your power is running low.) If you're in the office or classroom and it's one of those long days that never seem to end then it's rather nice having a little ship to watch over while you get on with your work. 7aa9394dea 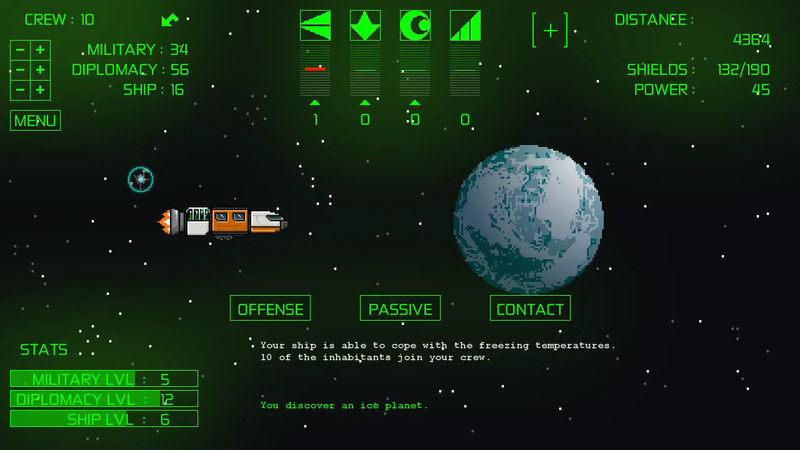 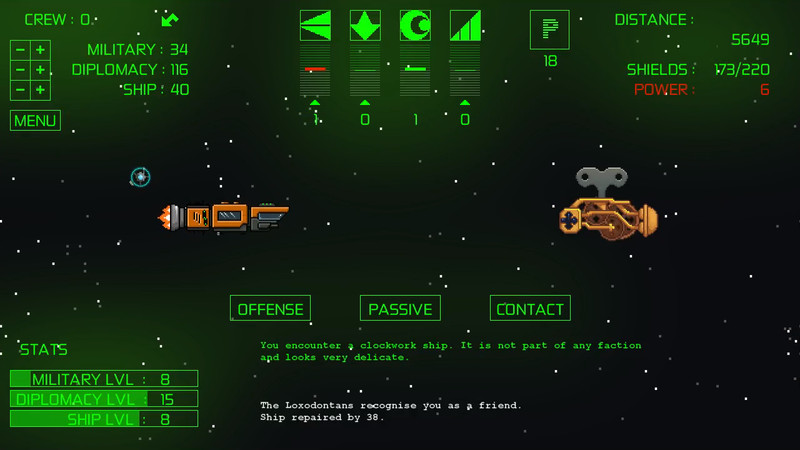 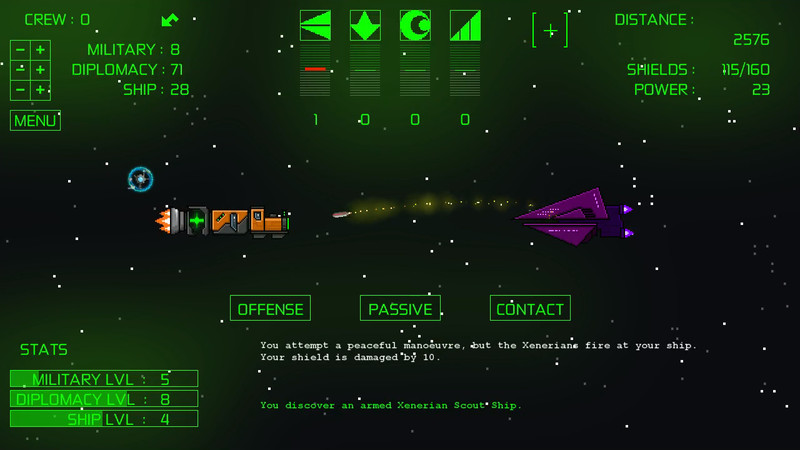 
I'm sad to say that this game has pretty much no replay value at all.
The encounters are super simple and barely change in what they accomplish.
It's simply a matter of juggling your two resources and once you know what actions produce what for an encounter, after that there isn't really anything to it bar the occasional rare and cryptic encounter.
Wanted to like it, but seen everything it had to offer in less than an hour.. This is a gem of a space exploration game! Smart and engaging with nice pixel style graphics and a mesmerising soundtrack. I felt like i was lost in some kind of outer space meditation and occasionally getting blown up along the way :). https:\/\/youtu.be\/03eWaa_CaGo<\/a>

So OESE is really trying hard to be like FTL ( Faster Than Light) and succeeds in some ways but fails in others.

It has a simple but functional interface with easy to grasp controls.

Your mission seems to be unknown other than you are traveling through space and have random encounters where you can select one of 3 options that results in the items you collect.
You will get a good idea from the video.

I like the game but nothing is really driving me to come back for more after a few plays since the choices seem like you are forced to take them to get the items you need and you just need to balance them with not annoying the factions too much.
There is also not much you can do with the crew as they are more of a percentage slider you use against 3 main settings

If you liked FTL then you will enjoy this but maybe only briefly as I don't see anything near the replay value and depth of FTL.

This is worth it if you want a distraction for an afternoon and already have FTL. Otherwise I would go grab FTL at the double the price but many times the fun for anyone new to this type of game.

Overall:
Only a small recommendation IF on big discount or sale!. Fun little game to past the time. Meet a frozen frog.. Defrost and have a frog crew member.. 10\/10 would defrost again.

(I paid $2 and completed it in 2 hours). Interesting little game with a good learning curve for the resource management. I've throughly enjoyed the few hours I've put into it so far - happy to recommend.. 10\/10 would use crew as currency again. Good game for a couple hours of fun. It's similar to FTL, but a bit lighter because it doesn't have as many different systems and mechanics. Still, it's well made and really enjoyable. Maybe the developers will come back for a second part with more content:)