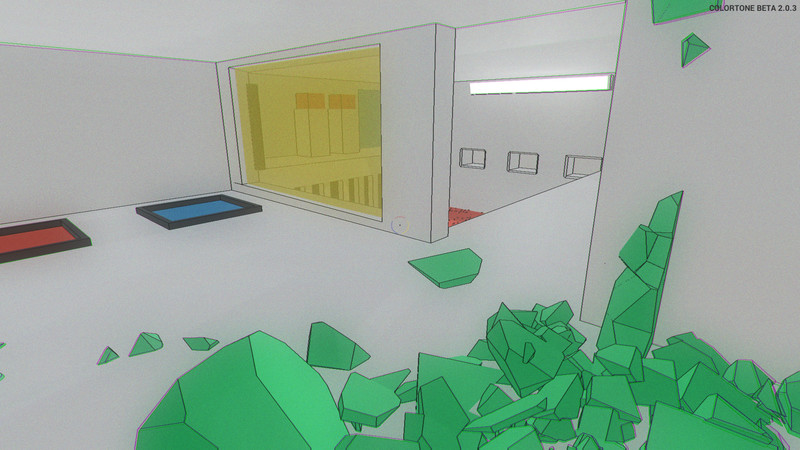 You’ve been caught into trap and now you must get out of it. You don’t have any super capacity with exception to your own brain. You can only pass the room with the help of your brain, because you will have to solve the puzzle in order to open an exit. And remember - the puzzles get ever more complicated in the course of a game. 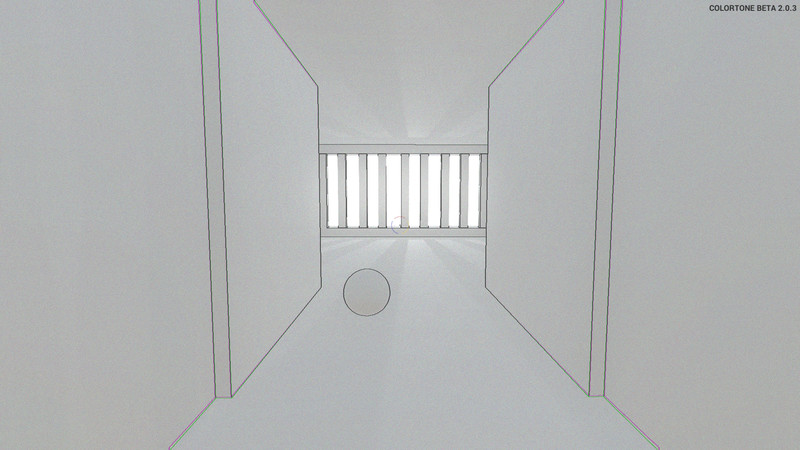 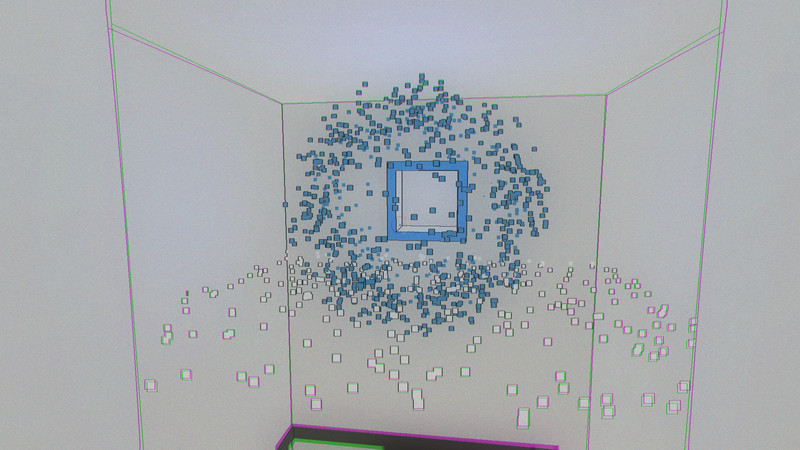 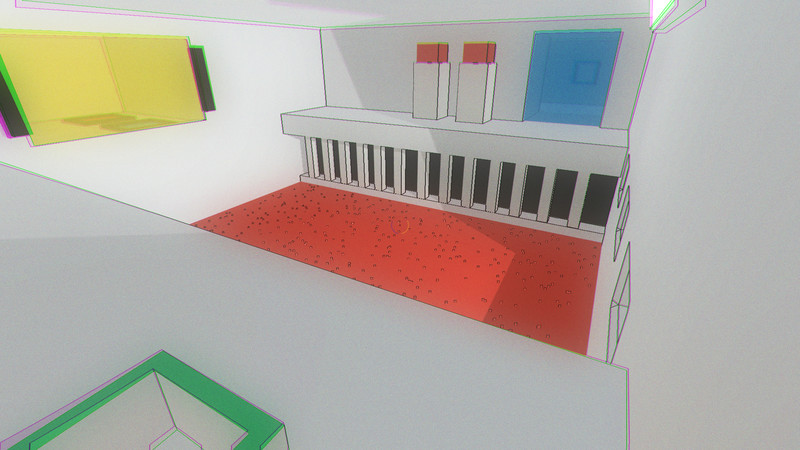 
Colortone feels more like an "idea" demo than an actual game. Not to mention the idea was already used in Q.U.B.E and the whole graphical design on Antichamber.

The optimization is all over the floor, from the lowest to the highest settings, it stutters when you're moving. You can see the stutter on the gameplay video here too. I could only stand 4 levels because of a certain bug (the platform was stuck on the wall and I couldn't get it out, it was flickering and I had to restart the whole level)

I certainly don't recommend this unpolished Unity garbage, my library is already full of those. Save yourself.. Extremely buggy and sensitive. It was hard to play for the short time I did, and it was not fun for that matter.. SIGH. i saw this game and thought it would be worth the five dollars to buy it. I WAS WONG. Really laggy, lots of bugs, coloring is very glitchy, the list goes on. If the developers made the game a lot less laggy that would inrcrease the ratings a lot.. It was a neat concept, not great, but interesting. But then came the bugs. When you die, things don't respawn. Objects sometimes pass through walls. Objects sometimes go flying wildly and you just have to restart. You and objects can get stuck in walls and corners and whatnot. Controls are kinda bad.

Then I thought there was no audio in this game, which was _really weird_ tbh, until I noticed that volume slider that was set to zero by default (why?). So I turned it up. . . And surprisingly the music was far worse than silence. Seriously why would they pick a track like that?

So yeah, a simple but interesting concept that is poorly executed and filled with bugs to the point of being borderline unplayable.. Fun,Chalanging and puzzele i recommend this for people who like puzzles and have knowledge of color.. good morning jesus! good morning sinners! what bundle key has the almighty blessed me with today? oooh a color game! this one used to be called colorblind, but black people found that offensive so now it is called colortone. let us go ahead and give it a try. how bad can it be when jesus is my co-pilot.

to start, as soon as you get into the first level, a screen with simple control directions pops up. you read it for about 10 seconds and then you want it to go away so you can start, it does say 'press h to quit'. this is the best advice an evil sinner dev can give. don't stop at pressing the 'h' key. turn off your computer, go outside, or just do anything short of suicide(that is a sin and the devil gets your soul) to avoid playing this. it turned out that after 30 seconds of anger i realized that the evil sinner dev meant to say 'press h to continue'. i must advise against that however.

visually, it looks like a game that requires 3-d glasses to play. if i play this for more than 20 minutes, i will projectile vomit all over my pc. no worries there though, because the game is so short that nobody will ever play for that long.

anyway, you have to take a ball and change it to the right color. there is a box with blue color and a box with red color etc. you need to put your ball into the right color or combination of colors to progress. sounds easy enough, right? 2 weeks out of your mother's womb you knew that yellow and blue made green. it is never that easy, of course.

lets say you want to make green. you put your ball into the blue color square thing on the floor, and all is good. now you need to put it into the yellow square. here is where the game goes completely to♥♥♥♥♥♥ you have about half a second of your colorball turning green like you want it. if you don't move with lightning fast speed, the ball is going to stay in the yellow for too long and turn to yellow. i did that first stupid colorball probably 10 times before i managed to get it to stay green. this is the mechanic that the entire game is centered around, and it is all kinds of ♥♥♥♥ed up.

the final nail in the old body of christ for me was when i got to level 3 or 4. i went to carry one of the colorballs, but it was so big that it literally blocked 95% of the screen. i can't play if i can't see. you can't tell me this was tested and someone just decided it was fine that nobody could see what they were doing. occasionally, the giant colorbll morphed into a giant colordonut so i could see through the middle, but i don't think that was intentional.

so thats it. i'm never playing again. somehow i made it through half of the game anyway. it is not exactly bursting with content.

lets all try something here before we go. get a blue bible and a yellow bible. smash them together to make a green bible. now go throw it in the trash. that is where this game belongs. at least i would give you steam trading cards and a 'you threw away the bible you are going to hell' achievement.

god bless amen
. controls are too awkward & doesnt have the option to invert the y axis. what game doesnt have this option anymore? i still want to recommend to people who dont need to invert but i couldnt get past level 2, so i cant say if its actually worth it.. Colortone is an amusing little game that combines color mixing with puzzle solving, together these elements bring a fun little concept that's sure to entertain players.

PROS:
+ Stylish, minimalist design; The graphics are simplistic, and with the muted color tone it's also pleasant to look at.
+ Effective concept; the game revolves around mixing colors to progress throughout the levels, and instead of continuously adding more and more stuff the levels develop and build around this single gimmick.
+ Acceptable difficulty for all levels of players; It starts at just the right difficulty and steadily builds up to harder challenges.
+ Enjoyable to fool around with; It's so much fun to mix colors together, and especially to destroy breakable walls with the appropriate color.

CONS:
- No checkpoints...?; Some levels seem to have you respawn at a certain point in the level if you die, while others make you restart all the way back to the beginning. This is problematic as some longer levels make you start over from the beginning.
- Minor glitches; Some objects won't respawn if they fall into a pit of lava, for one. There was also an unusual glitch where a board I was carrying suddenly doubled in length. Like... what?
- Too short: Colortone can be completed in fewer than 2 hours, even less if you know what you're doing.

Overall Colortone is a fun little game, and a nice time-killer when you want to wind down from more intense games.