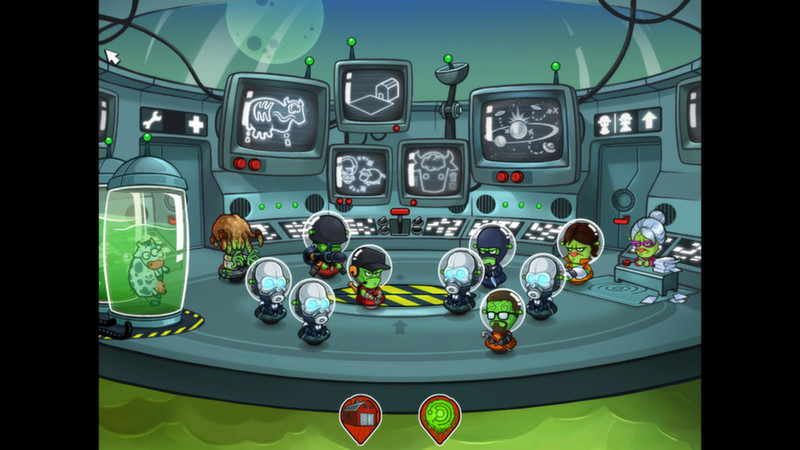 Beware Planet Earth! is a beguiling mix of classic tower defense and time management coming to PC via Steam for the first time. Save your cows from the Martian invasion by building an effective defense using towers, traps and objects, and also by firing your Zapper directly at the invading force of little green men! 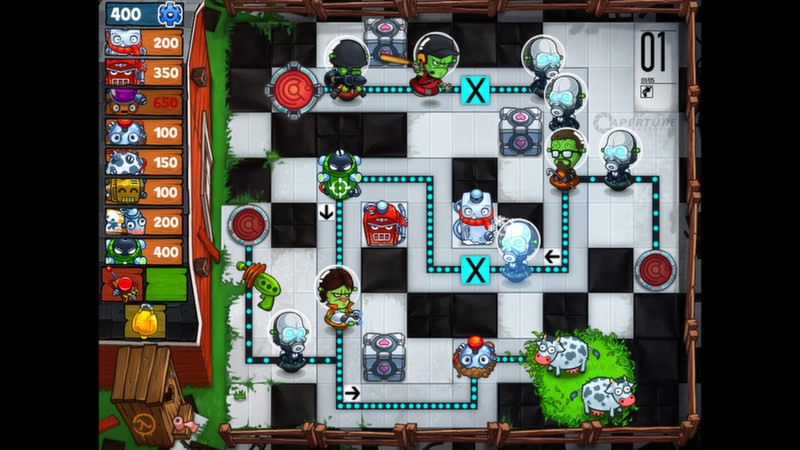 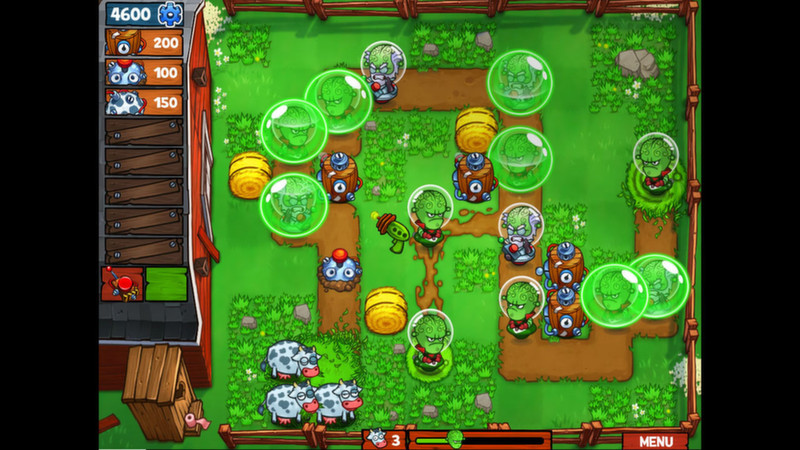 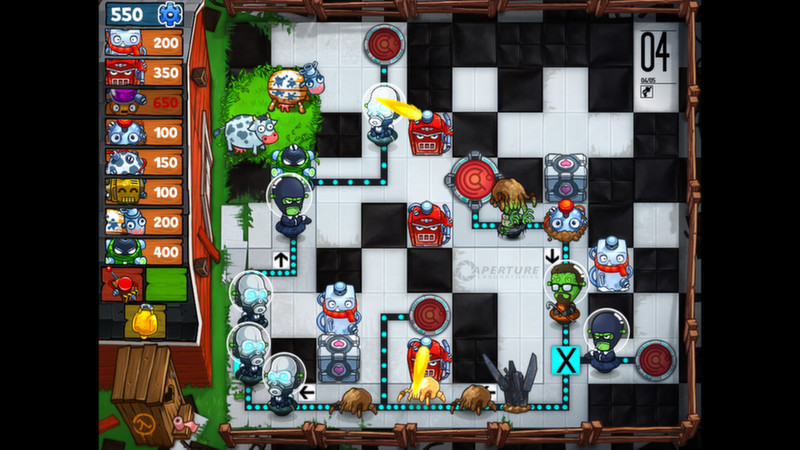 if you like tower defense games mixed in with 1950s era science fiction, this is the game for you. Yeah, it's like PvZ, but you have to defend a number of cows from a horde of martians that range from your standard martian troopers, to maids, to ninjas, and clowns to name a few. The maps for each season and invasion differ in size and paths, but it's a fun game. Also, this version has a mode where the map is Portal themed and the martians are dressed up like Valve characters

8\/10. Very limited and oversimplified tower defense game. Not worth the $10 price tag imo. After the first ten levels gameplay just continues on the same. No innovation or real fun to be had here move on.. Fun tower defense tower defense time waster, with cool graphics and cartoony 1950s aliens theme.

However, get punishingly difficult once you hit Fall, to the point where its just not fun anymore. Even plants vs. zombies was fairer!!

Buy if you want some decent fun for a few hours and then home work assignment thereafter.. I really don't like this game. I wanted to. I love tower defense. I don't like this. This is the mad-clicky sort of tower defense, and it doesn't even feel slightly strategic. The only positive I can offer is that the game is pretty difficult in the later stages.. If you're a PvZ fan then you'll definitely like this game. This game requires much more planning and strategy, and it has a Veteran mode which is quite unforgiving.

I will point out I experienced some glitches in the game. For instance there's a problem where intermittently the game won't allow you to pick up the zapper, cowbell, and the detonator. And sometimes it freezes when you exit full screen.

Overall, give it a go. The pros definitely outweigh the cons.. Cute little gem of a game! It's Plants vs Zombies in space ! Well on earth, tehcnically xD

Don't be fooled by all those colours: there is actually quite a bit of depth poured into the gameplay, and the zapper makes sure you basically never sit idle (on the contrary, you must constantly decide if\/what to boost or explode), and that's where it differs from many other TD's (and from PvZ, specifically): apart from building towers and picking up ressources, you are always active with what is basically a multi-tool, there's not much waiting involved.

Veteran mode is also quite handy, and I'd recommand tower denfense... veterans ^^ to actually enable it. I'd even say it's worth to turn it on from start. You won't get to make many mistakes and get away with it, but the difficulty isn't offputting either, and as long as your strategy is sound, you shouldn't get stuck wondering what went wrong. "Normal" difficulty I didn't try so I can't really comment, but it sounds nice to be able to play with less focus, or to enable less-hardcore players to fully enjoy the game I guess. Plus, you can always switch between Normal\/Vet with the flick of a button apparently.

There's a whole bunch of animations, graphics, easter eggs, you name it. You get everything from ninjas, to secret agents reading news papers unsuspectingly, to Martian ladies filing their nails and cleaning up the alleys :D

Gameplay wise, there's something I found rather odd at first for a TD: compared to mostly every other TD I ever played, the maps are rather small, and towers have very limited range (basically just 3 squares). I was afraid of that at first, but it turns out that it just makes you think about placement and synergy even more, instead of just spamming long ranged OP towers everywhere like in some other TDs. Speaking of which : the game starts slow, but it's kind of a tutorial even though it doesn't officially says so. You gotta hang in there for the first 4 or 5 levels, but after that you get the zapper and get to occupy yourself with it, and start seeing more diversity towers-wise.

All in all, much more fun that some random movie, at the price of a movie theater ticket ;p. This starts out as a solid yet typical tower defense game. The game really begins to shine when the gun becomes a primary element that performs many different gameplay functions. Having this 3rd major element to compliment the standard towers and resource management makes this one of the most hectic and action based TD games in the genre. Fantastic presentation, solid level design, unique enemy units, fun themes and great bonus levels make this a great package for fans of the genre. GG!