The director of the “Underwater” film, William Eubank, is looking forward to bringing back the fan-favorite horror franchise titled “Paranormal Activity.” 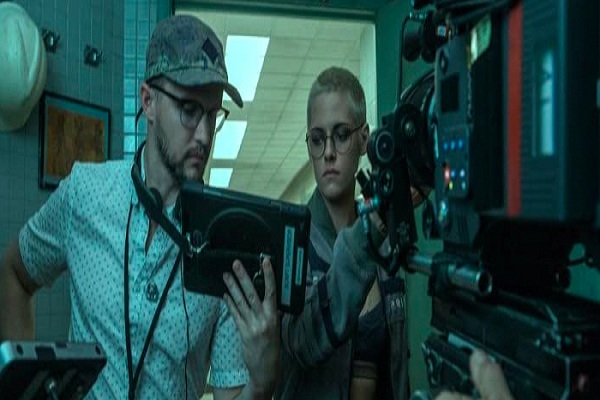 The reboot will mark the return of Jason Blum and Oren Peli as producers. We should remind ourselves that Oren Peli is the creator of the franchise, and Blum is a veteran producer.

The reboot will also see William Eubank collaborating with the director of the 2017 black comedy thriller film “Happy Death Day,” Christopher Landon. A new report published by reliable sources like AV Club and The Hollywood Reporter alludes to the fact that William Eubank and Christopher Landon are working hard to bring the fan-favorite franchise “Paranormal Activity” back to life.

William Eubank, who has recently made a considerable name for himself for the film “Underwater,” is set to play a pivotal part in the development of the reboot. He will direct the film, and Christopher Landon, who is a veteran writer of the “Paranormal Activity,” having been involved in the writer’s team of the last four installments, is set to write a story for the film.

Of course, the producers could have turned to Landon to direct the film as he has earned a considerable amount of fame for his direction capabilities.

Paramount will oversee the development of the film along with distributing it.

The franchise “Paranormal Activity” is the brainchild of Oren Peli, who is renowned for producing, writing, and shooting the first iteration. The franchise is a collection of anthological horror films that commonly follows a specific family being terrorized by an entity. The film commonly follows a CCTV camera found footage mode of storytelling, which has become a trademark of the franchise.

The films have earned accolades for their creative use of CCTV cameras and cell phones and have been highly credited for setting up new trends in the style of jump scares.

The “Paranormal Activity” movies have been considered one of the best horror films made in modern times, and their high credibility relies on them being made on a smaller budget and giving colossal affluence in returns. The first “Paranormal Activity” film written and directed by Oren Peli has been widely considered to be one of the profitable horror movies ever made. Let me throw you some statistics. It was made on a meager sum of $15000 and managed to earn a massive sum of almost $200 million.

If it is a Paranormal Activity film, then we can anticipate that the film will most likely be relayed in a found-footage mode.

The latest Paranormal Activity film has a scheduled release date of March the 4th, 2022. Before he directed “Underwater,” William Eubank earned a lot of praise for his work in the film “The Signal.”

Christopher Landon has also tasted success recently with “Freaky,” which was a comedy thriller and starred Vince Vaughn and Kathryn Newton in the leading roles.