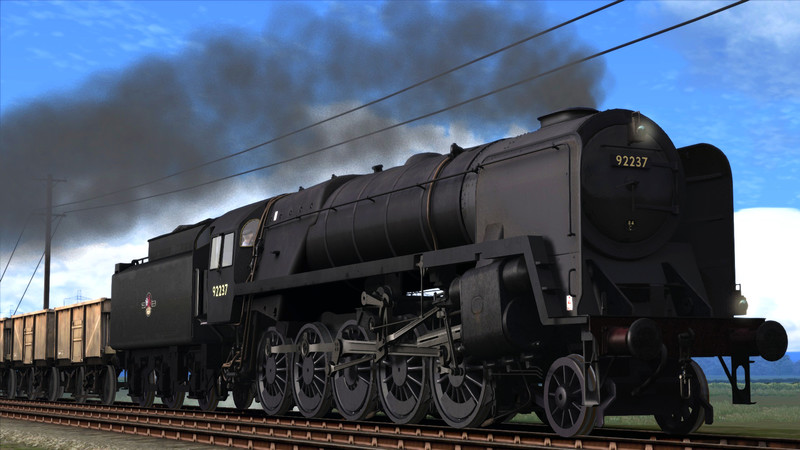 Considered by some to be the pinnacle of British steam locomotive design, the Class 9F comes to Train Simulator in British Railways black livery.

The Standard Class 2-10-0 locomotive was designed by Robert Riddles for BR and was the last in a series of standardised locomotive classes designed in the 1950s. The Class was originally intended for use on heavy freight trains at fast speeds over long distances; however, it proved extremely capable and versatile, being used on passenger services as well.

In total, 251 locomotives were built in the Class, and 92220 Evening Star was the last steam locomotive to be built by BR in 1960.

Withdrawals of the Class began in May 1964, although some survived until the end of British steam in 1968. Nine locomotives in the Class survived the scrapyard, with Evening Star now being part of the National Collection in the UK and others either in full working order or in restoration.

The 9F for Train Simulator is a former Iron Horse House model, which has been updated to TS2015 standard, including new scenarios and improved exterior modelling. It is available in BR Black livery in both single and double chimney variants with BR1A and BR1D tenders. Also included are 16T mineral wagons and a BR brake van.

The locomotive is also Quick Drive compatible, giving you the freedom to drive the BR 9F on any Quick Drive enabled route for Train Simulator, such as those available through Steam. Also included are scenarios specifically for the Western Lines of Scotland route (available separately and required to play these scenarios).


Three scenarios for the Western Lines of Scotland route: 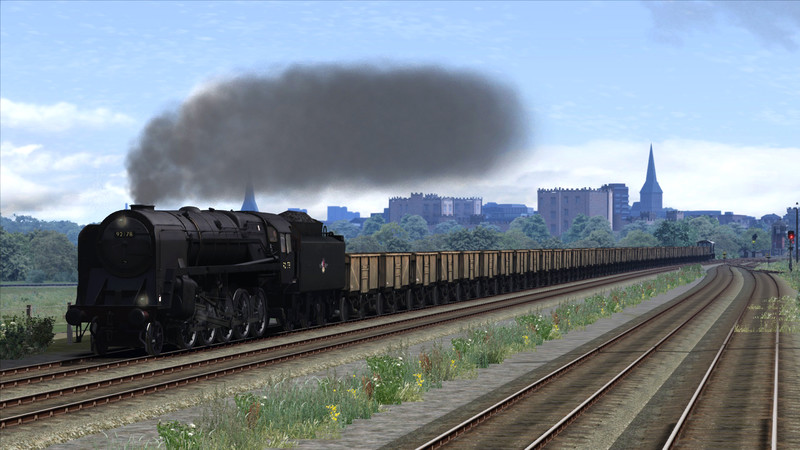 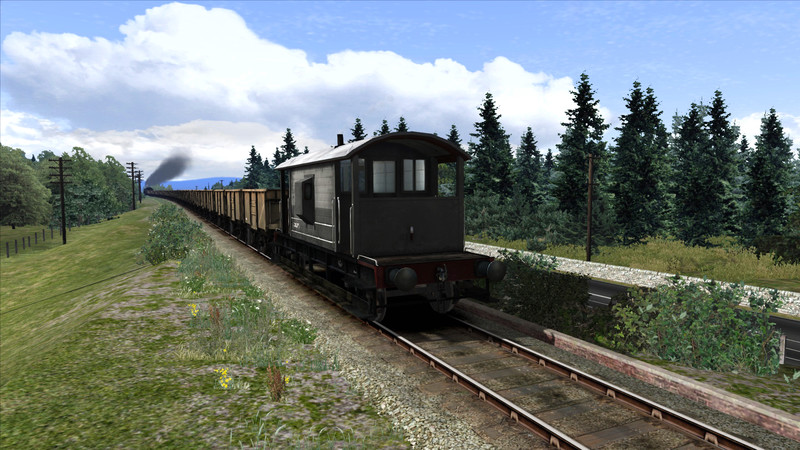 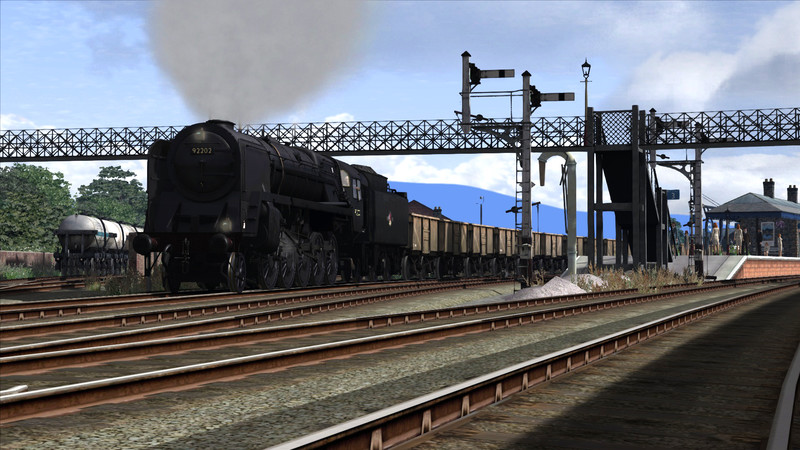