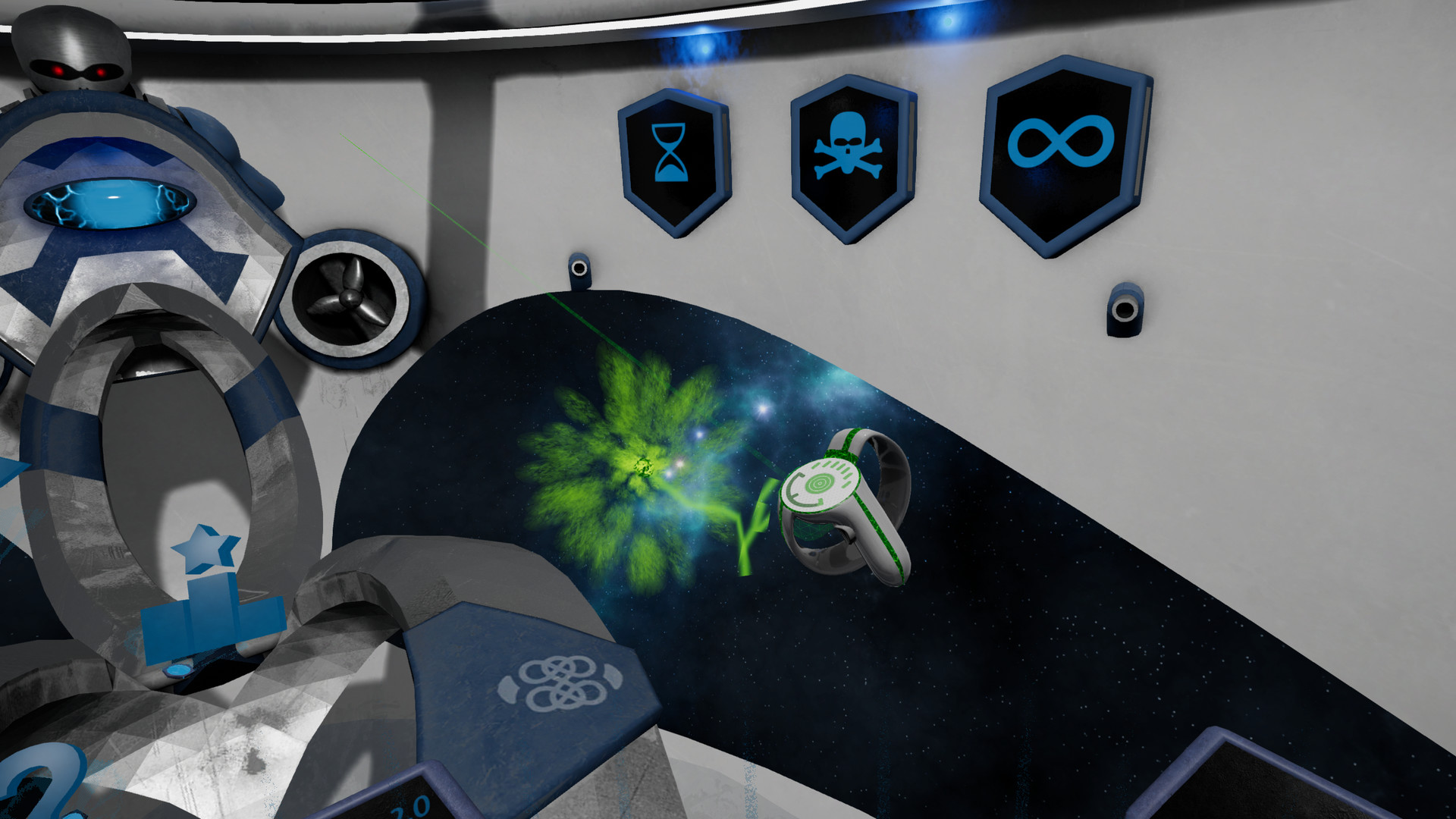 WE WANT YOU. Visit your local recruitment station for the opportunity to join the elite inter-galactic guards known as The Relentless. Prove your reflexes, agility, accuracy and stamina in a test where you decide how hard you’re willing to push yourself. Climb the leaderboards, unlock all the achievements, be relentless and join the best.

The challenges take place on a high platform, shaped to suit your individual needs. Expect to shoot, duck, dodge, jump, punch and move around all of your available space (1.5m x 1.5m minimum area). Unlock 36 achievements over 3 challenges for the right to be known as a member of The Relentless.

The new Arcade mode provides a local leaderboard and in-game tips to allow friends to jump straight in and compete against you. Perfect for VR parties.

2:00 to score as many points as you can, with the ability to earn bonus time. Use boosts to increase the challenge and available points.

Hits to hands disable lasers, a head strike ends the challenge. The game gets increasingly difficult.

Endless play, until you decide to stop. Use as part of your VR fitness workout. Change the difficulty level while playing to tailor your workout. 7ad7b8b382 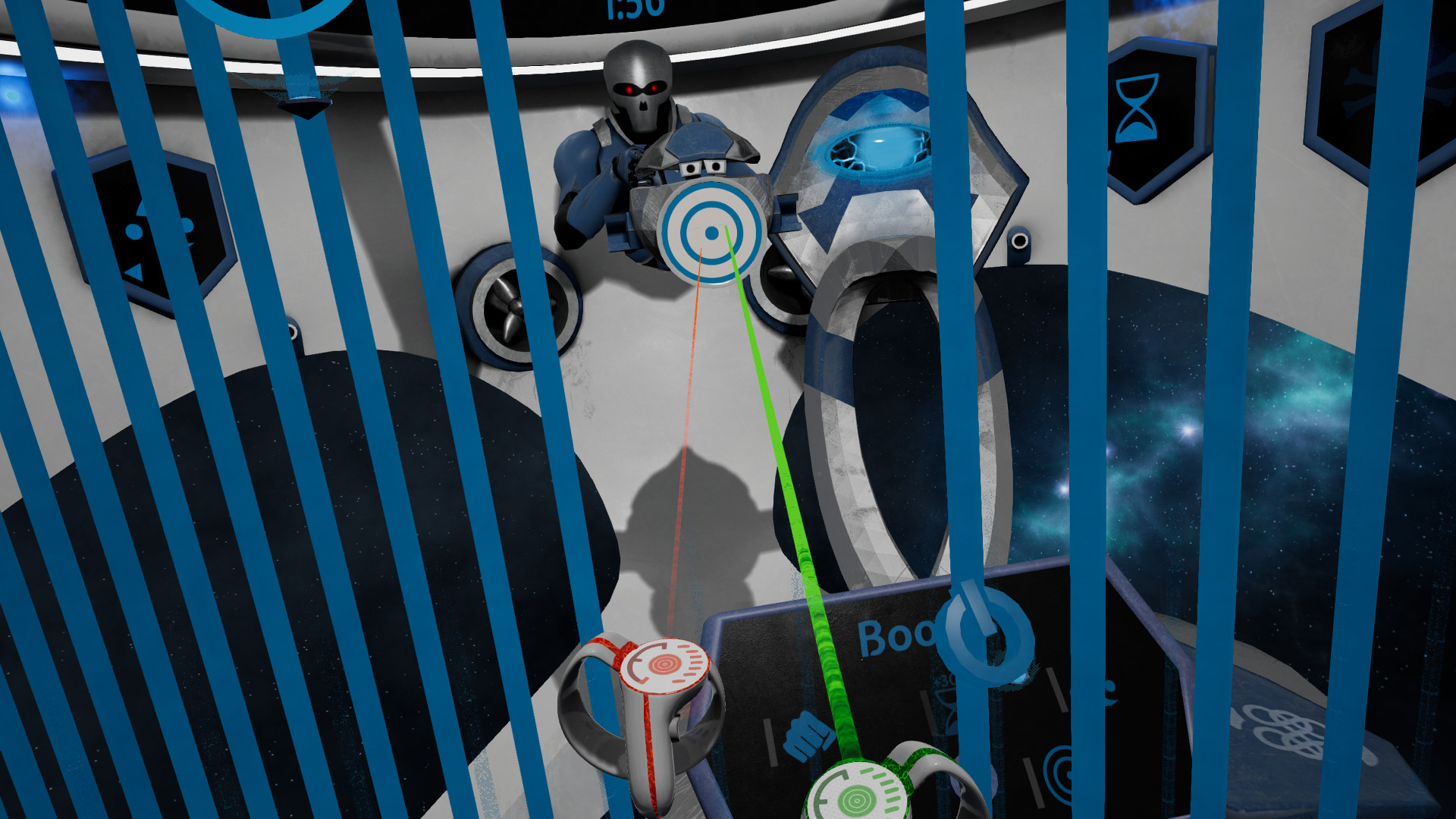 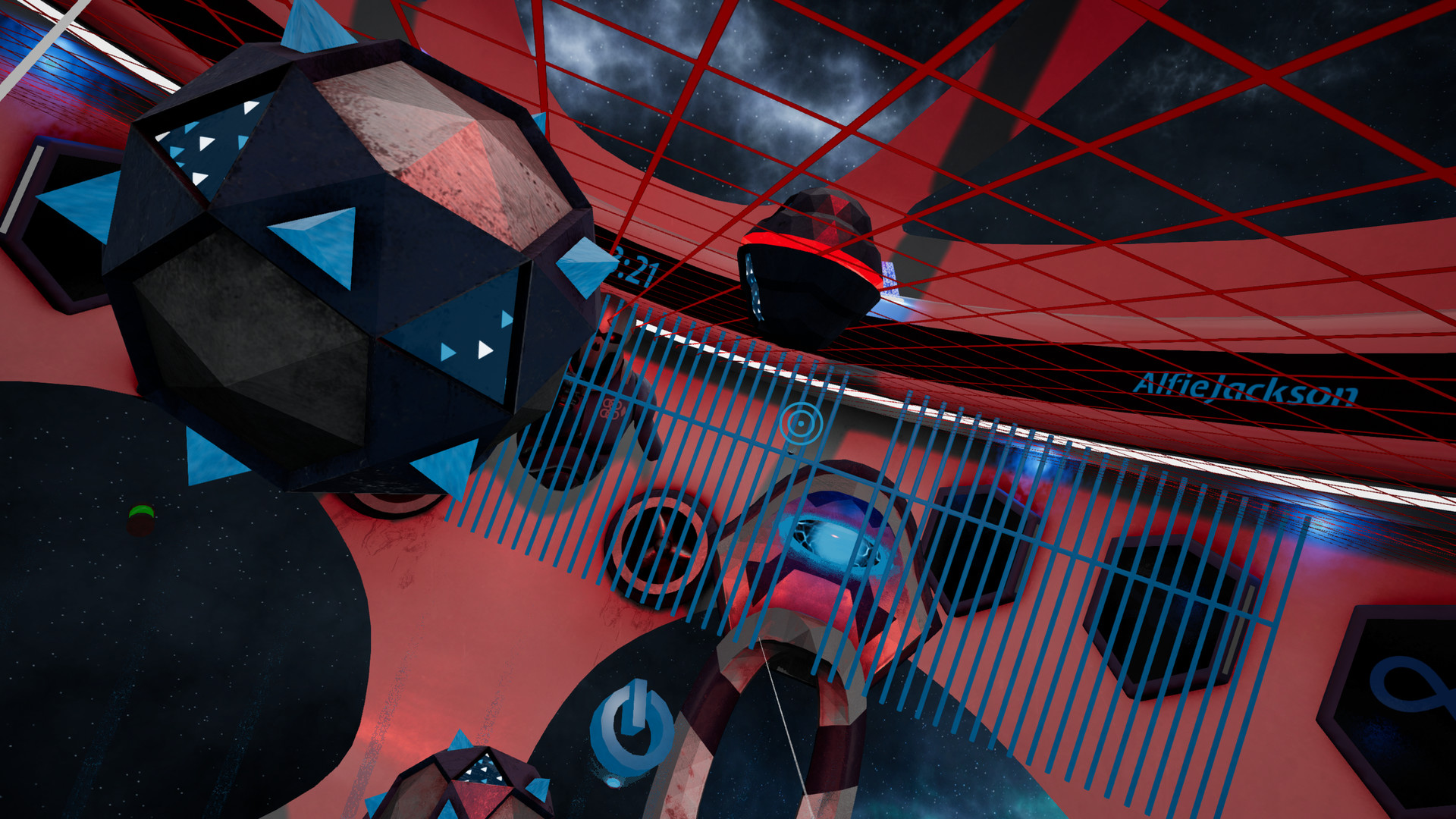 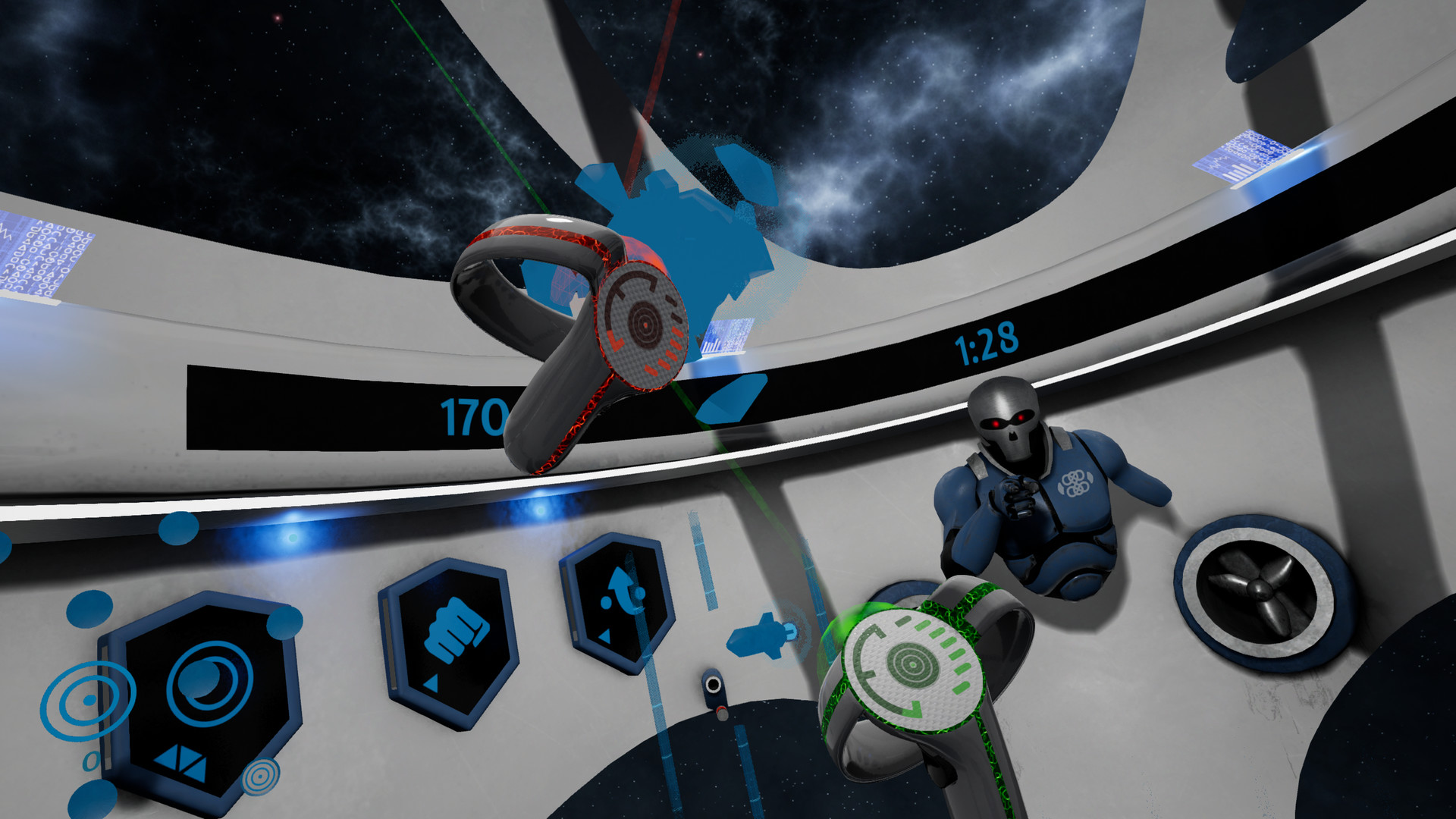 It does not work correctly with Mixed Reality. The image is warped like the image generated was not the one for the MR lens. Whe I turn my head the "fisheye perpective effect" cause me motion sickness. And finally the controllers are Vive, not the Mixed Reality one. I won't ask for a refund for now because I paid 2$, but I am expecting the DEV to correct these major problems or remove the MR compatibility. I can't belive I had to play 5 minutes of this just to write this review, now my head hurt.. The Relentless is a kind of arcade game where you'll need to move to dodge laser walls(fun) hit incoming missiles(alsofun) recharge your weapon by finding floating balls in your area(not as fun) and shoot targets to score points. It is strictly this, no bells or whistles aside from a couple different variations on the game such as a mode where 1 hit kills you and a mode where you have a set amount of time that can increase based on score.

I like the aesthetic and the sounds. I do enjoy the core gameplay however there are some hindrances.

1. Ammo spawns are annoying and reduce fun from overall experience. An option for unliimited ammo or a different way to reload would be welcome.
2. Game difficulty ramps up too quickly.
3. UI is confusing and at times annoying. Choosing power up in that one mode isn't fun. The UI should be out of sight while playing to create a clear game experience. Less distractions the better.
4. Overall I would enjoy this game if it improved on its deficiencies.

Finally, while there is nothing wrong with using high score as you main goal, it would be nice if there were levels to progress through (could even change color schemes the further you progress) and perhaps some form of reward for progress made outside of steam achievements.

Sadly in this form I can only recommend you give it a try and not to buy.. Seems like a fun little physical challenge \/ "workoutt \/ reflex game. Difficult to read the in-game instructions \/ hints; but a neat idea and experience... I just need to play more and get a better feel for the controls. :). I feel weird leaving a review for this game because of how little play time I've had with it, but I don't think it's the type of game that encourages daily extensive play sessions. At least, not for me. I do always enjoy it for the sessions I get from it, and think they're just the right length each time I play. Sometimes that's for 2 minutes, sometimes it's for 8.

If you like playing games that reward you for assembling things quickly, like a factory worker (counter fight, dead hungry, craft keep vr, etc) then you'll probably find the frenzied pacing of this game, because if you play it and try to maximize your score then you'll have to get very comfortable with the myriad of timed buffs that come in to play and how to activate them while surviving a series of fast moving traps that require moving your headset within the volume of your playspace.

Oh yeah, you will want to have a headphones on for this game, or a really excellent speaker setup that does a good job of conveying 3d sound. I hope to see some new challengers knock me down from position #2 on the challenge boards. It's not like my score is that high.... Although it looked kind of generic, I took a chance and gave it a chance. I was pleasantly suprised. If you're looking for something pretty difficult that will get you moving around, this is worth a shot. There is a suprising amount of multitasking here, but can be handled with some practice.

There is a timed mode, a survival (one hit) mode that takes out your hands if they are hit or ends the game if your face is hit, and an endless mode, along with 6 score based challenges posted on the wall. This is probably the first VR game that I've used that literally uses every bit of your play area, in the sense that your entire play area is helpfully represented as gray cubes below you, with all the bumps and divots that entails.

As far as the game goes, there's a bit of a learning curve to actually being decent at it. Thankfully, the screen that pops up at the end of rounds helps a bit in that area if you're paying attention. There's a big robot you shoot for a multiplier (PROTIP: ONLY shoot when the target pops up, between the multiplier. Shoot once with both guns, and aim towards the center for the highest multiplier) that occasionally launches rockets you have to punch, smaller targets you can shoot for points (that immediately retaliate with a lazer to the face you must dodge when you shoot them), mines that will eventually pop up that you need to get away from you with either punching or shooting, and lazer grids that are coming at you that you need to shimmy, duck, and jump,(!!) over (which all of the lazer grids can be nullified by shooting a target as they come at you if necessary thankfully, though you don't get points for shooting the not dodgable ones. Also, the jumping ones can be a bit tricky, but they do work. Timing takes a bit of practice). All of this is going on simultaneously, hence why it can be overwhelming at first.

I've played a little over an hour and beat all the score challenges, only to find that I went from 'unproven" to "ambitious". Not sure how many sets of challenges there until you can be The Relentless, or if there will be any suprises along the way, but I like it for what it is: a score based shooty punchy dodgey exercise thing. It's worth it's price point.