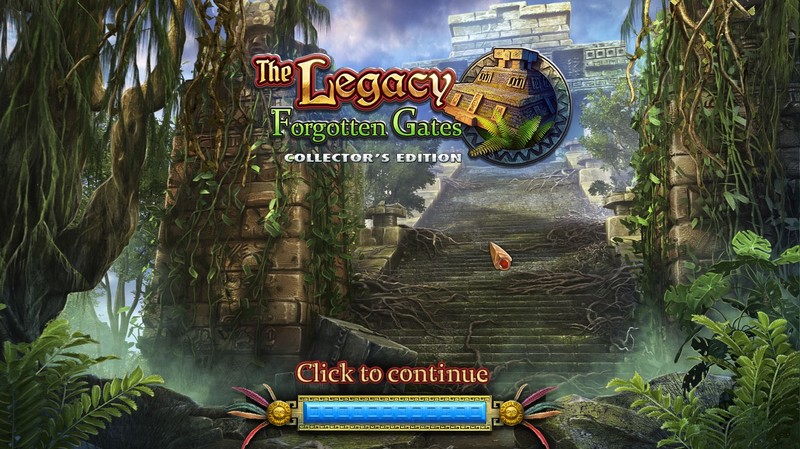 "The Legacy: Forgotten Gates" is a hidden-object adventure game packed with mini-games and puzzles, telling a story of a journey to another world, where danger and unexpected turns of events await around every corner!

It was late evening and the museum was almost empty. At the Maya artifact exhibition, one of the exhibits suddenly started to move. The sound drew the attention of a young woman named Diana, a museum employee and an expert in Mayan culture. When she came closer to the artifact she realized it looked like a portal... and suddenly some unknown power lifted her up and teleported her to an ancient temple! Now Diana has to figure out where she is, how she got there and how she's going to return home. The young woman encounters a civilization similar to the Mayan culture, but this is neither the past nor a parallel reality. It's another planet, connected to Earth centuries ago by some special gates. And now the gates have been activated again...

Only Shaash, the local shaman and gate keeper, can help Diana return home. But that will not be easy. Diana will have to face numerous tests, travel far through the Endless River Valley, encountering the strange people and wondrous animals of the other world, while trying to hide from all dangers and solving dozens of different challenges on her way. 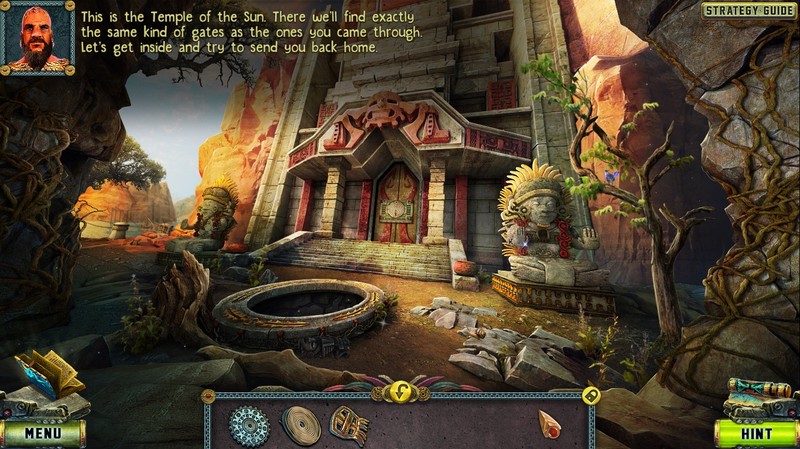 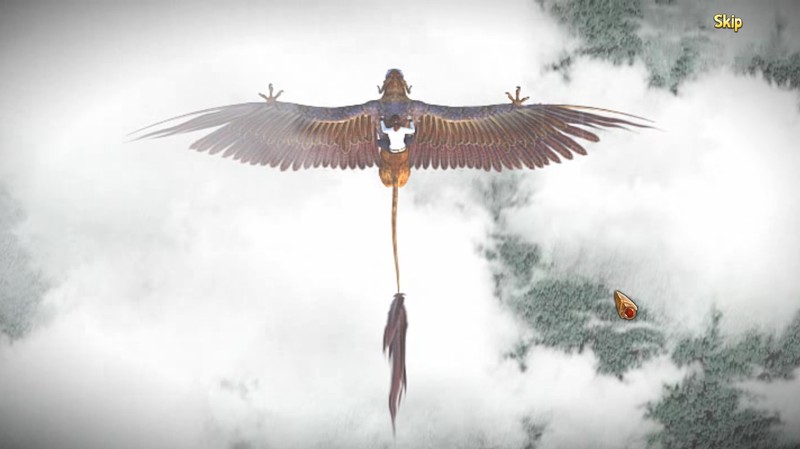 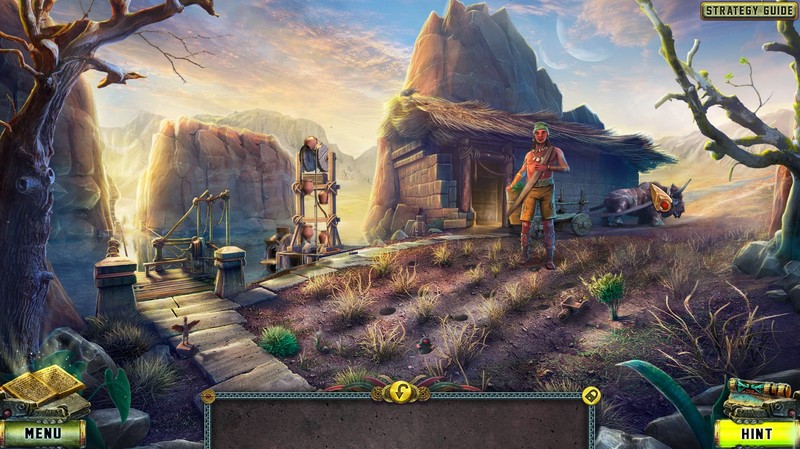 For those who played the Lost Lands<\/i><\/b> serie (same developper), the universe of The Legacy: Forgotten Gates<\/i><\/b> is quite similar. The universe is an excellent mixture of ancient civilizations and advanced technology, with a touch of magic.. all this taking place in some kind of other world or planet.

I liked the music and the whole soundtrack, but<\/u> the female characters voices (especially the young one\/teenage girl, I found to be irritating and unrealistic).
The music is eclectic and really feats the story.

Although I usually don't like cutscenes, I have to admit that the videos in The Legacy: Forgotten Gates<\/i><\/b> are beautiful. Some of them are truly awesome, even spectacular.

The overall art style of the game is pleasant.


As far as the gameplay is concerned it's very decent and I appreciated both my playthroughs.
Good game pace.
A map allows you to quickly travel from one location to another

Puzzles\/mini-games rank from easy to average.
I liked the H.O. Scenes. They are the dynamic kind, also known as H.O. Puzzles, where you are to interact objects between them in order to trigger other mecanisms. I find them more interesting than H.O.S. by list.

Achievements are not hard to get.


I really don't understand why so few people are reviewing or recommending this game. It's a shame because it has everything a game requires to please H.O.Games fans : a fantastic story, a great adventure, several characters, strange funny or scary critters..
It just lacks visibility, I guess. But considering the price it's worth giving it a try.


The Legacy: Forgotten Gates<\/i><\/b> is well worth discovering !. I enjoyed this game very much. The graphics are beautiful -- grand cutscenes, beautiful locations. You're transported to another planet and get help from a people who are similar to the Mayans of Earth but are not exactly the same. There are lots of locations that remind me of an Indiana Jones movie, which for me was a positive.

As always, you can access any minigame in the extras menu after unlocking it in story mode, and that helps you get the achievements that are "do such and such in under 2 mins" or "under 40 moves" etc. I really love this feature, because it's fun to get better at a particular game, but I would absolutely hate having to play through the entire game again just to access the puzzle. This way you can do it over and over until you get it right.

You get bonus puzzles and a bonus minigame with 20 levels after you get all the collectibles in story mode. Some people don't like this feature because they want to get all the achievements for the game without doing them, but I personally like them. I feel like it gives me more bang for my buck, something to do after I've beaten the game.

If you're an Artifex Mundi person and have never played a Five-BN game, I would recommend playing at least one to see if you like the style. If you don't like it, then you don't need to buy any more. But you might end up loving it like I do, and that opens up a whole bunch of games to try. (I was running out of Artifex Mundi games that piqued my interest.). This was my first hidden object game and first adventure game, and what a way to start. The story may have been somewhat simple, but it was still good, with no plot holes or other problems. At first, I was a bit turned off by the hidden object screens because they show silhouettes of items to collect (instead of full-color images or names), so you don't really know what you're looking for. However, it turned out that that wasn't a problem, and it didn't detract one bit from my enjoyment of those scenes or the game in general. There was quite a bit of backtracing, but using the map to jump between locations ensured it wasn't annoying, boring, or time-consuming. Perhaps one of the best things about this game is that all of the inventory interactions, including using inventory items on other inventory items, actually made sense. There were no nonsensical usages like those you hear about in other adventure games.

If I were to think of anything as negative (or simply as not positive), it would have been some of the voiceovers. Some of them felt as though the actors were simply reading the script, without appropriate inflections and without conveying the emotions indicated by the words. However, even with that in mind, I enjoyed this game very much.

Being new to HOGs and adventure games, it took me a bit over 6 hours to finish this game, so I'd say it was well worth the price. All-in-all, I'm very happy with this purchase, and consider this a near-perfect introduction to the HOG and adventure genres.

Lastly, although the game's title and description don't indicate it (the image does), this is the Collector's Edition of the game, with the bonus chapter.. If you like HOGs, this is a great game.