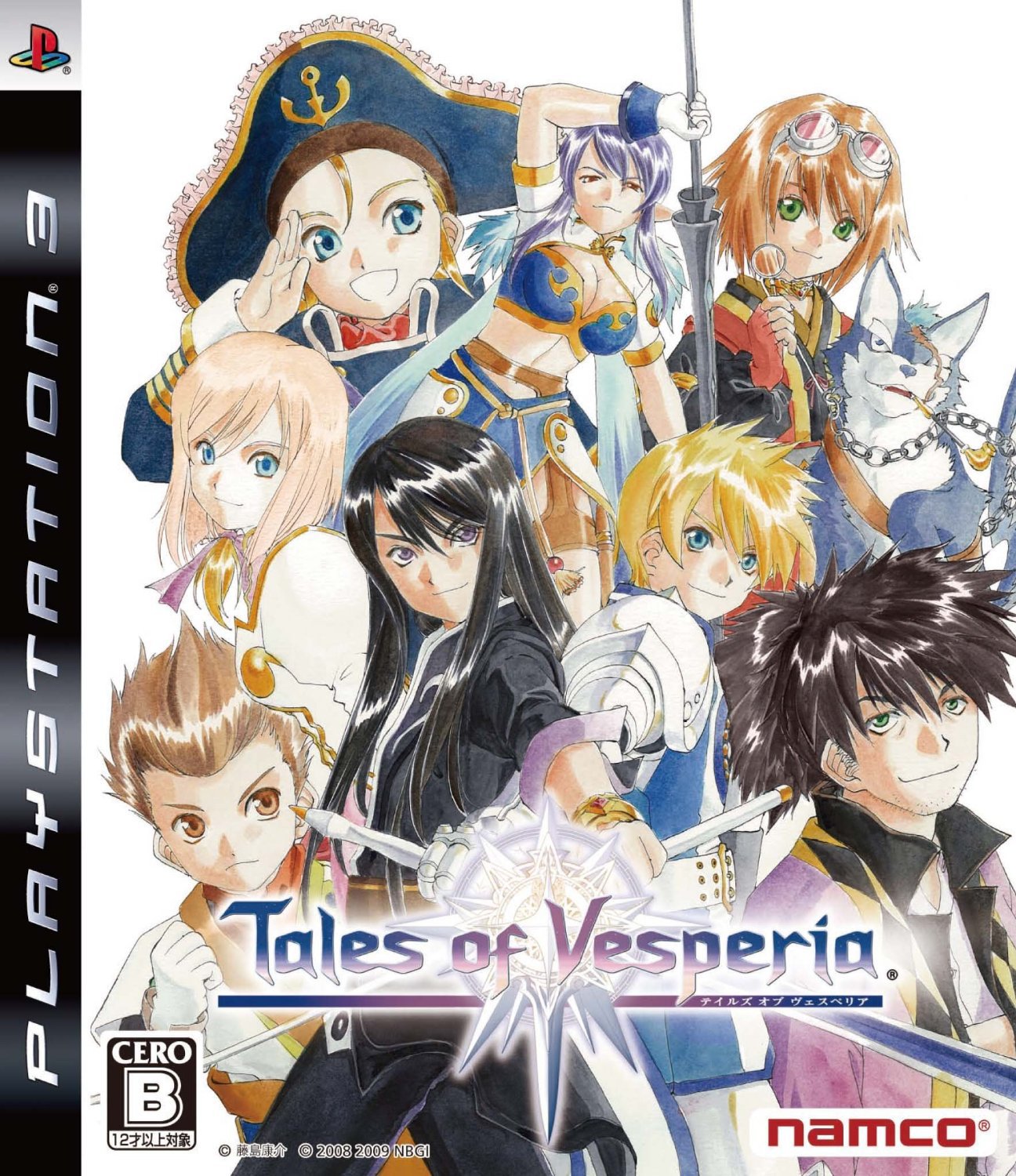 The game's story takes place in the world of Terca Lumireis. This world is largely sustained by "blastia", a technology from an ancient civilization which can be used to perform a variety of tasks including powering the barriers which keep cities safe from monsters and helping knights in battle. After a war ten years ago, the world has settled into a more or less peaceful state consisting of the Empire which rules the land and various guilds which formed for those wishing to live outside the Empire's rule. The main character in the story is Yuri Lowell, a former Imperial Knight who now helps solve peoples problems in the lower quarter. After a blastia which regulates water flow in the lower quarter is stolen, Yuri attempts to catch the thief however ends up being thrown in jail instead. He then meets a mysterious girl named Estelle while escaping; she is coincidentally searching for Yuri's childhood friend Flynn, and from here their adventure begins.
This one is not far off from "Abyss" as it does have stunning graphics, great music, and the usual fun assortment of characters. However, I thought that the story was not as strong as "Abyss" as that game featured one surprise after the other, a well established set of villains, and it featured a rather different world in the form of the underground lake of miasma. The story in "Symphonia" was better too, however the graphics are so much better here than there that I give this one the slight edge over that one. The fighting is typical real time battles found in the "Tales" series, however this one has some of the best combat thanks to a nice assortment of cool artes and kill strikes that make defeating an enemy boss especially satisfying. Also, Yuri is probably one of the smoothest fighters in a "Tales" game as well...though Senel from "Legendia" still has to be the smoothest of them all in my opinion. The story, it is a bit complicated in some areas, however, the gist of it is that Yuri a man living in a town protected by a barrier that keeps out monsters is out to get a guy who stole the lower quarters (the poor section of town) aqua blastia. What is a blastia you ask? Well it basically has many functions in the game as it can help aid a person in combat, shield a town from monsters, and a ton of other things. Let's just say a lot of the plot revolve around these objects. Well Yuri ends up in prison where he is released by a mysterious man and ends up helping a mysterious young woman named Estellise. So Yuri and this girl along with Yuri's dog Repede head out of the town in search of a friend of Yuri's named Flynn who was the subject of an assassination attempt by a mad man named Zagi. Well before you know it your characters run into a youth named Karol who wants to start his own guild, a mage girl named Rita and later own by a dragon rider named Judith and the mystery man who helped Yuri get out of jail, Raven. The game also revolves around the empire and guilds which operate independently from the empire. Your little group ends up forming their own guild called Brave Vesperia. There are also beings known as Entelexia involved too, so yes there is a bit much going on when one of the villains revealed themselves at the end I had a hard time recalling the last time I had seen him, there is a villain named Yeagor who is never really fully developed and his twin girl helpers are a virtual enigma as they have no details revealed about them. Thank goodness for Zagi who just simply wanted to fight the hero, Yuri. Still, this game was fun and it did have a nice ending, better than "Abyss", and it was sort of neat having a character that was not a villain that played such an important part in the story as Flynn did. You even get to fight along side him briefly. So all in all another in the "Tales" games...different than say Final Fantasy, but in many ways just as fun.