In a scarce instance, the actress Shelley Duvall has sat down for an interview with “The Hollywood Reporter,” and has introspected on her work life and especially her time during the filming of the cult classic “The Shining.” She had also shed some light on her well-debated interview with Dr. Phill in 2016 and why she decided to part ways with the Hollywood industry. 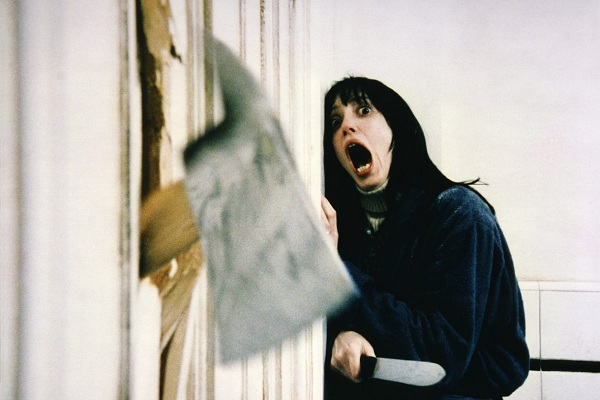 All the fans of the film “The Shining” have wondered over the years why the actress Shelley Duvall decided to leave the spotlight world altogether. They have questioned whether Stanley Kubrick’s harsh behavior had played a part in her turning her relationship with the industry sour. However, the actress has recently sat down for an interview with “The Hollywood Reporter” and has shared some things, which the public did not know about previously.

Shelley Duval has appeared for an interview after many years and has shared that working with Stanley Kubrick was not easy for her. She introspected on his working method and said that the veteran director never used to be done with a scene up until the actors have taken part in at least 35 takes, and that is what used to make things difficult for her on the set. She added that 35 takes means she had to cry and carry a boy for the whole day, and that does not include the rehearsals. It was quite strenuous and mentally challenging.

She refrained from saying that Kubrick caused her to hate acting altogether, but she did add that his modus operandi would sometimes use to bring out her rebellious nature. She did not forget to add that there was a side of Stanley Kubrick, which was kind and considerate towards her; however, she felt a violent and aggressive side of him on the set.

She shared the fact in her interview with the Hollywood Reporter that eventually, a time came when her body couldn’t tolerate the emotional torment any further.

She shared that there were days and weeks where she would wake up and cry just to think about the whole working day where she would just get to walk around with a kid feeling afraid and tortured.

However, she is quite proud that she overcame all challenges and did her job on the sets of “The Shining.”

But, she wonders how she found her strength and courage to be able to do what she did with her character in “The Shining.”

She stated that even her co-star Jack Nicholson expressed his disbelief over the emotional content of the entire story.

Anjelica Huston, who was Nicholson’s partner at that time and is Duvall’s longtime friend, has also revealed in her piece that she had an idea that Duvall is not pretty happy with the film.

Huston also said that people on the set needed to be a bit more caring towards her, and though she might have misinterpreted the whole situation, she sensed a little apathy in Kubrick and Nicholson towards Shelley Duvall.

Shelley Duvall also praised Nicholson for his extraordinary acting, and the scene where he chases her with the bat really took a toll on her. She wondered in the interview how many women in the world actually go through with all of this on a daily basis.

Source- Shelley Duvall Introspects on the Tough Work She Did on the Product...