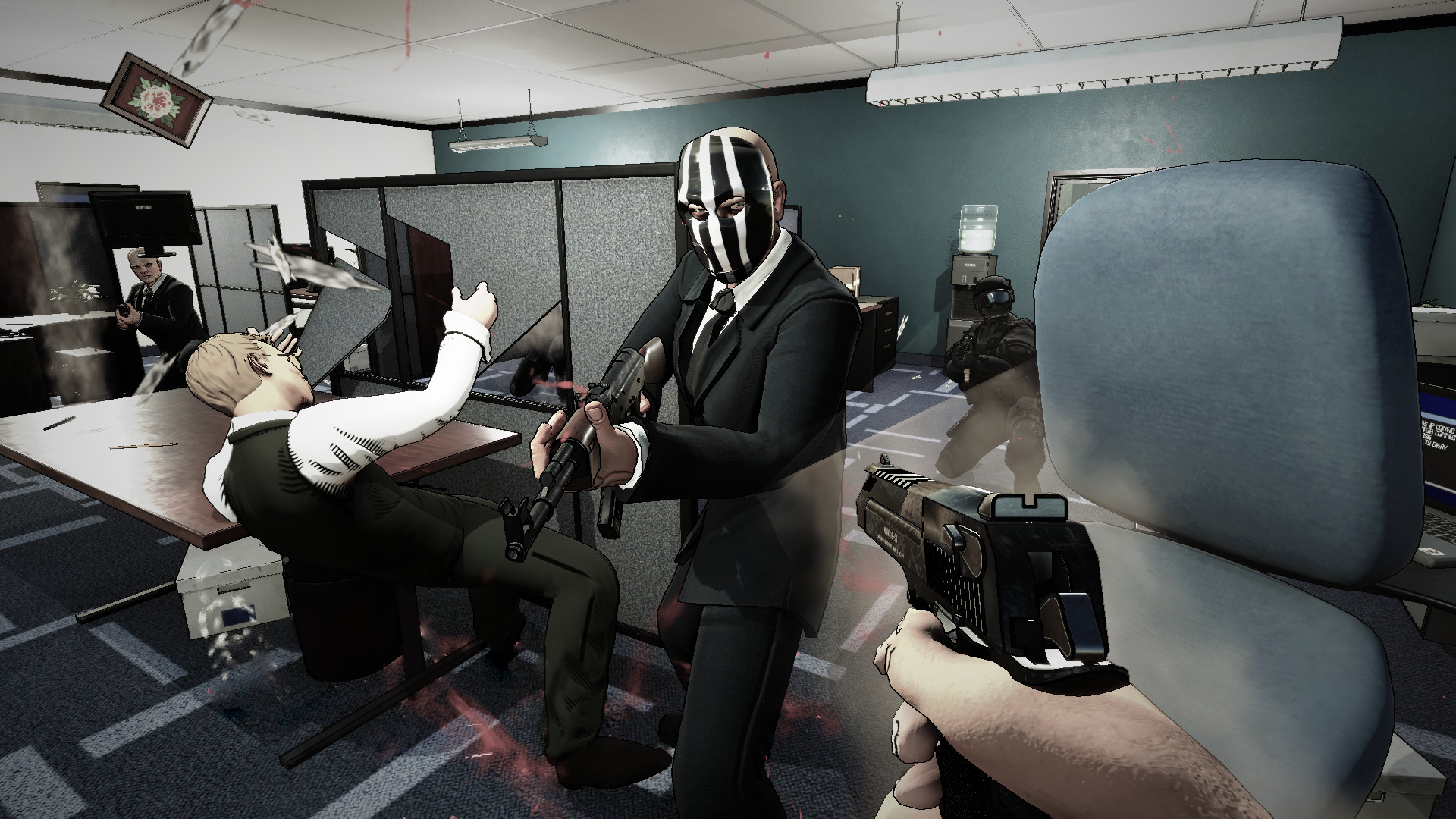 Two cops, one case and only 24 hours to take them down... can you score the bust of a lifetime? Take the role of a loose cannon police detective and face off against criminal gangs in an exciting procedurally-generated action movie FPS. Join forces with a friend, online or locally, and take down those crooks in true buddy-cop style!

As a part of the RICO task force, your mission is clear: get in, take down the criminals and get out again. Sounds easy, but it's not - procedurally-generated cases mean you'll never know who or what's waiting for you. Pick your load-out, then use the element of surprise to get a tactical edge over the enemy. Unlock new weapons, mission types and traits, or dive into Daily Play and see how high you can climb the cop rankings! 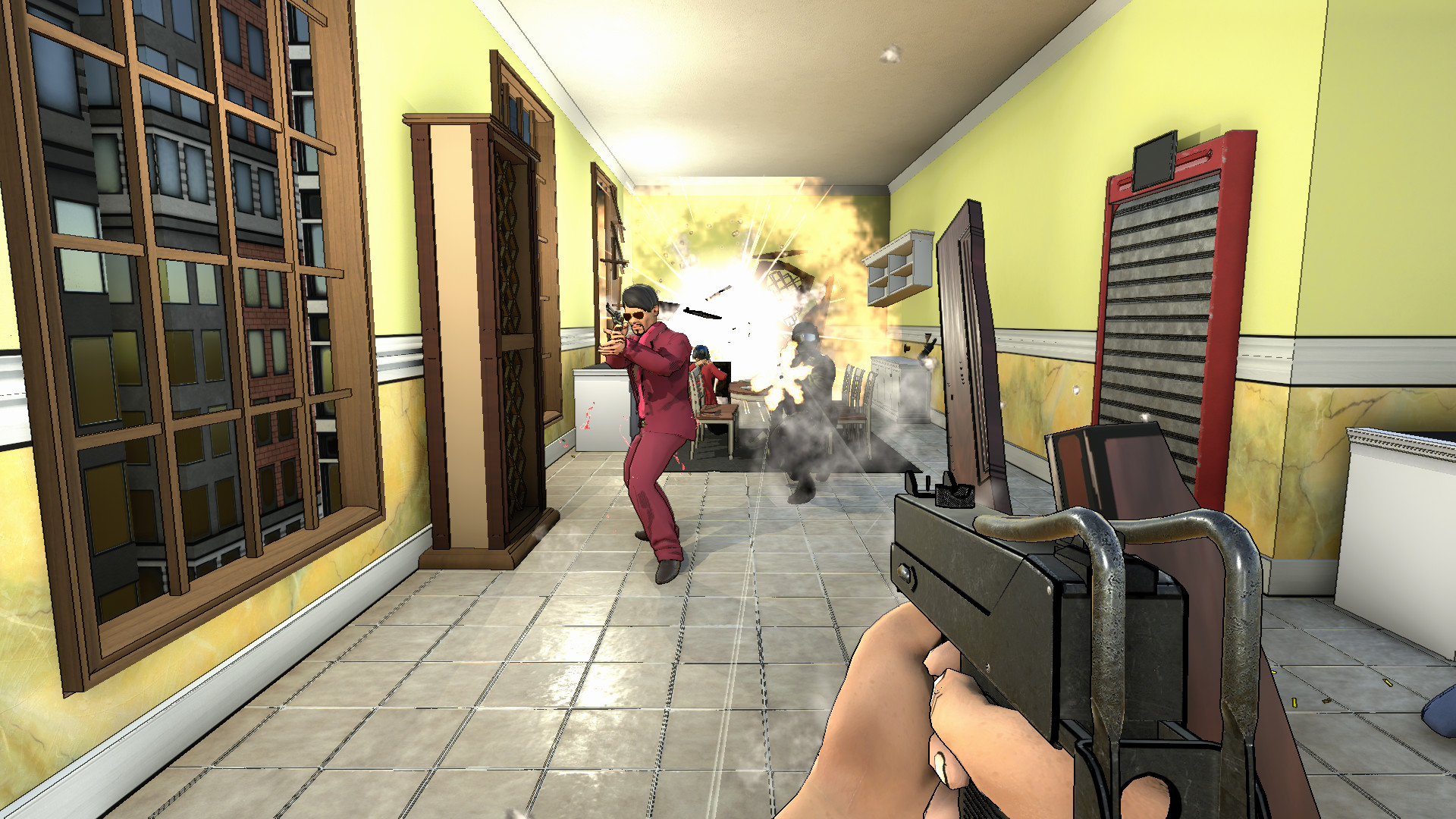 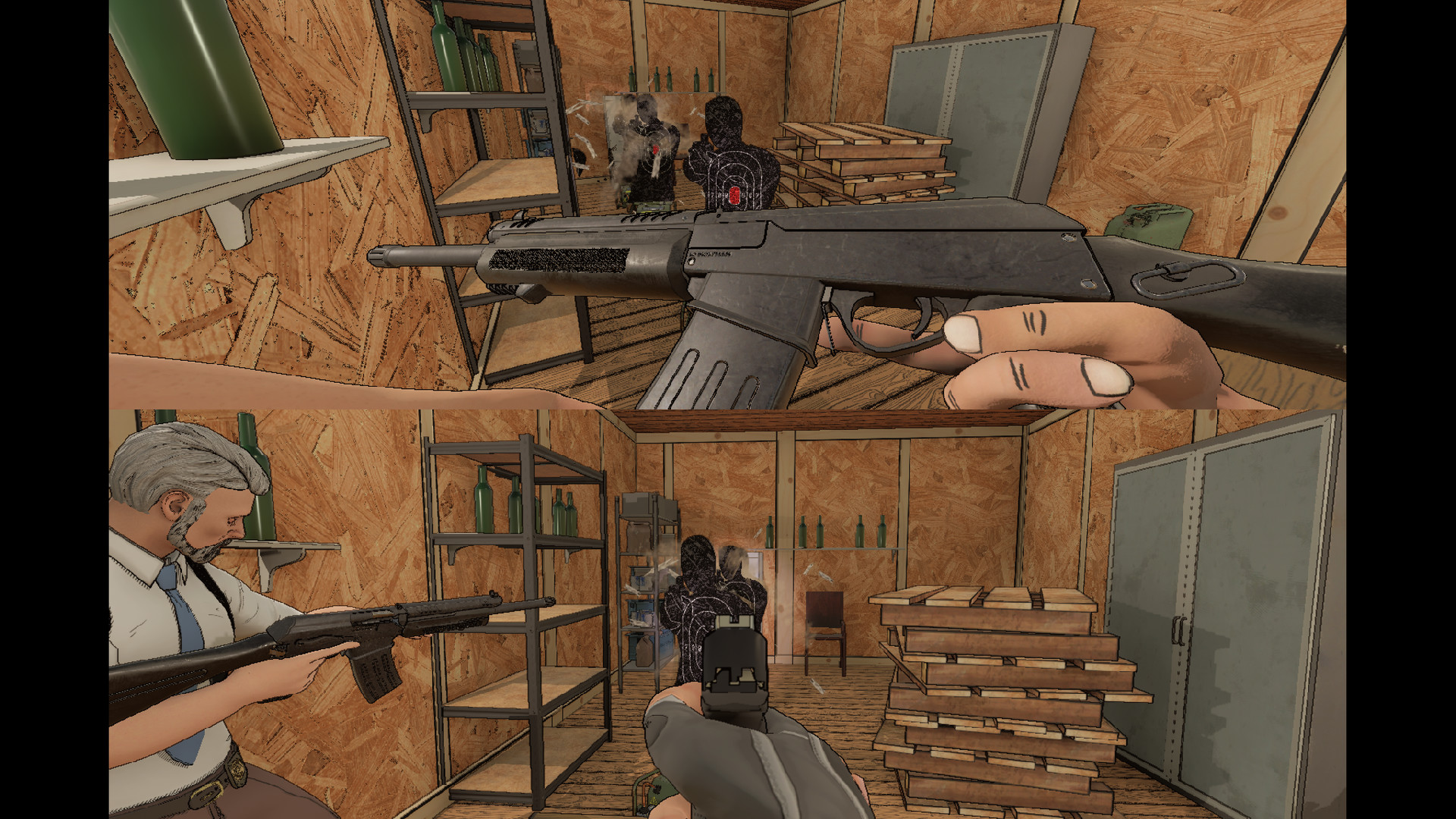 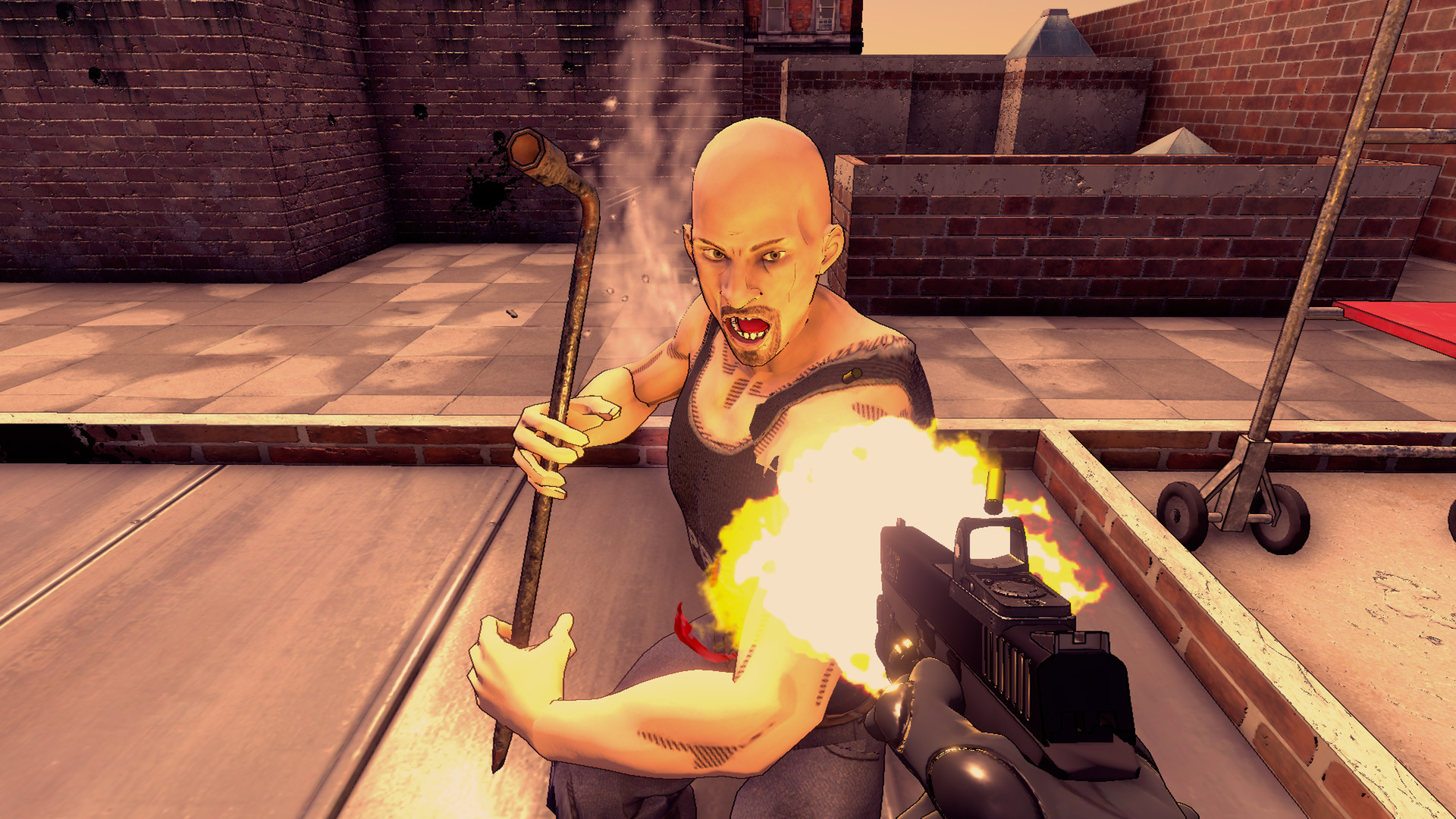 This game is gun play if that is what you are looking for look no further.. What you see on the trailers is what you get but with large added amounts of bull****.

The main campaign is a case (a randomly-generated set of randomly-generated missions with randomly-generated level layouts with randomly placed objectives, enemies and pickups) which is made of close quarter combat on mostly tight spaces with enemies that have the reflexes and speed of a squirrel on redbull. Combat is only fair during the few seconds of slow motion you get only if YOU kick down the door. When the slow-motion period ends and you notice that half your shots were blocked by pieces of the door you kicked (PLEASE remove bullet blocking collision from the door once it is kicked in) or were simply direct hits that didn't register for some reason, be ready to say goodbye to a quarter of your health.

As if that wasn't enough, the game arbitrarily decides to throw some additional enemies after you after a certain time just to take some of your non-regenerative health away as you return to the level exit so you are forced to spend some precious upgrade points you could be spending on better weapons.

As if that wasn't enough, from a certain point on every campaign, the game also starts placing broken bomb defusal objectives where you have a set time to defuse all of the bombs on the floor you find the first one at. Why do I call it broken? From what I can tell, the time given to defuse all bombs is tied to the number of bombs itself and not so much the level layout. This results on occasions where the bombs are so far apart and with so many enemies in-between that the time given is not nearly enough. My various failed attempts at the final level on every case have been directly squandered by the timer of this objective<\/b> either by running out of time and getting the insta-gameover or by getting shot by an ambush while rushing to defuse them. Who the hell thinks it is a good idea to put such an inflexible time constraint on a random level layout?

The game is far from trash but these aspects left me extremely frustrated with it.. It's honestly just really \u2665\u2665\u2665\u2665in' boring. You bust in, shoot the guys, do that again. There ain't much more to it. A handful of guns that would take a while to unlock, but why bother when the base game is uninteresting?


Patch Notes:
We have released a hot-fix for the save game corruption issue that has been reported by a handful of players. We've rolled in a couple of small fixes to other areas of the game as well.

. Patch Notes - Bomb Timers!:
We have issued a patch for the game, notably it decreases the difficulty of late-game bomb-defuse objectives.