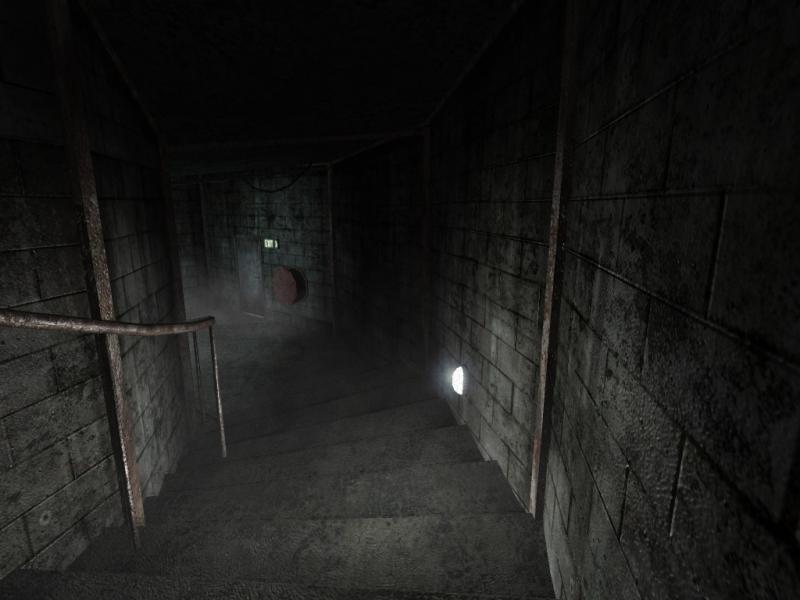 Penumbra:Overture is a first person survival horror game, emphasizing on survival and problem solving instead of mindless violence and gore.

Played from a first person perspective and powered by a 3D engine utilising cutting edge technology, Penumbra is a substantial advancement of the genre. The unique physics system allows for true environmental interaction in a way not possible in other games. The player can open drawers, pull levers, pick up objects and now manipulate those objects in 3D space - all using natural mouse movements, creating a highly interactive and immersive game world.

Penumbra will put players on edge like never before as they explore ominous and mysterious environments, the unknown awaiting them behind every corner. The world is detailed both in terms of graphical fidelity and narrative character - Penumbra is a horrific experience that will grip players from its opening thrills to its chilling denouement. 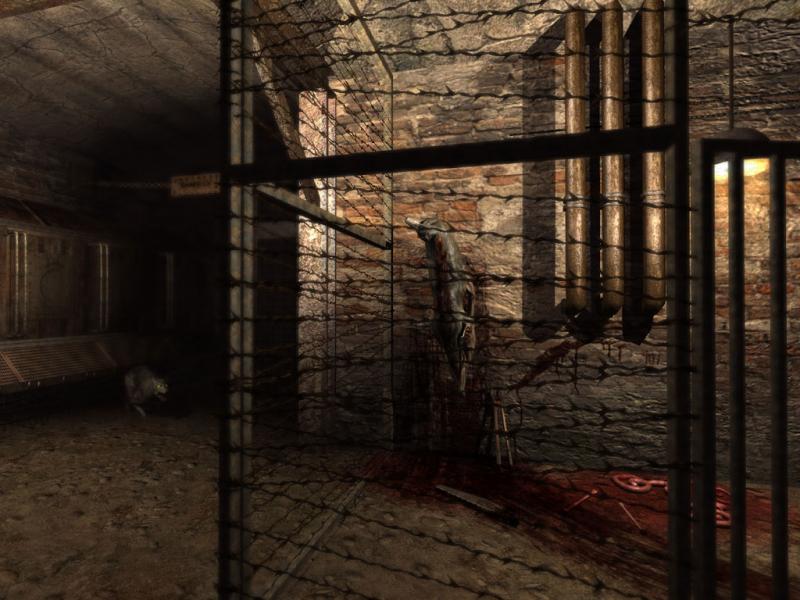 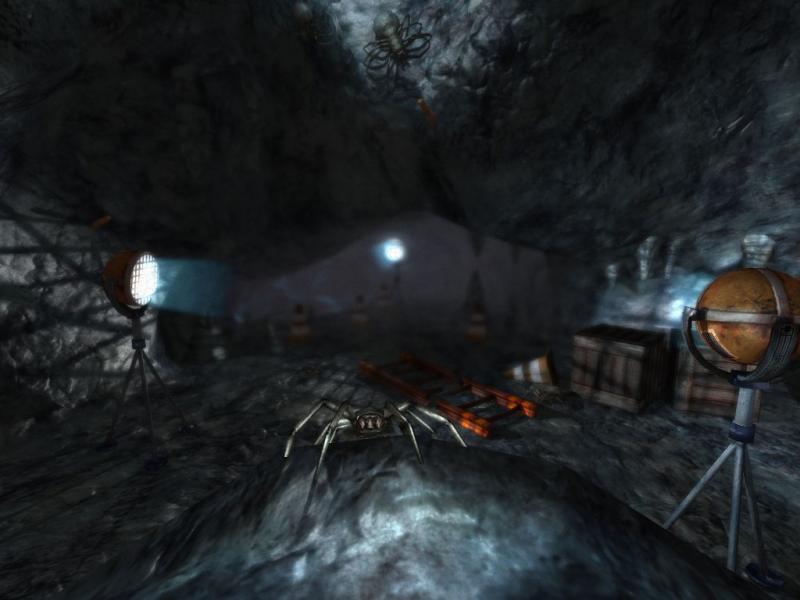 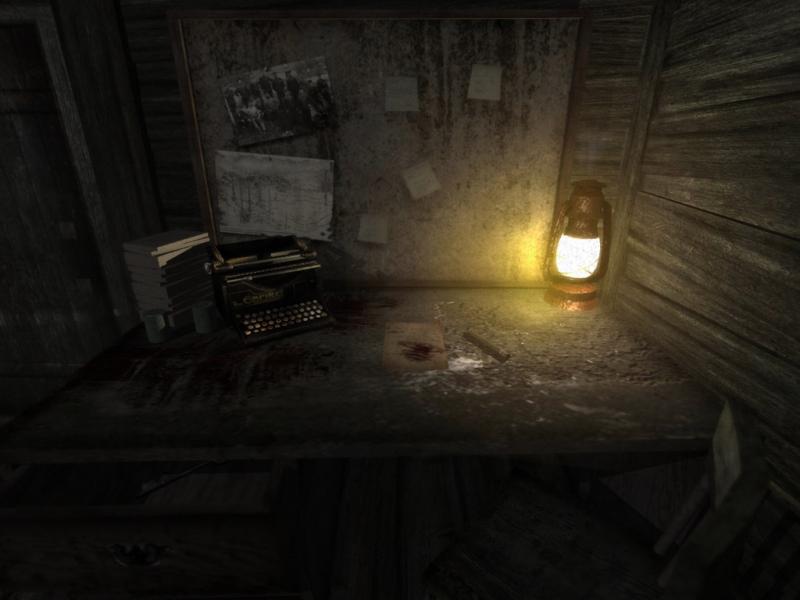 This game's DEFINITELY one of the most immersive single-player games I've ever played.
And that's not a consequence of the graphics (which, yes, are very outdated) but rather the atmosphere, feelings, thoughts, and narrative that both went into it from the small dev team and came out in the overall experience spectacularly.
This title isn't refined visually or gameplay-wise by any means, actually it's far from that, but for the setting that's OK. The point of the game isn't for the player to get lost in the visuals of the game but rather the concept and ideas. At least, that's what I took from it.

Once you enter, you are entirely abandoned by nature. The ambience and lighting left to navigate and orient yourself is artificial and oppressive, reinforcing that the only paradoxical escape requires going deeper into the tunnel complex. Haunted by eon-old horrors, the only real weapon you're left to rely on remains your wit, sanity, and the traces of humanity that those before you left behind.

For a puzzle game this requires less pattern recognition than normal, supplanted by the expectation that you realize the solution intuitively on your own. Though usually patience-intensive, the answers aren't at all impossible, as hints for them litter the subterranean.
Yet you aren't granted an easy time piecing together those solutions to the levels either. Oftentimes you're reduced to being badgered by enemies, forcing you to backtrack, sneak, run, or even fight your way through.
That leads to the weakest point of this game
. . . the fighting system. In the end you'll either be glad it exists as another feature - if only a generally ineffective one - or just want it gone altogether. Really, it can be ignored. Any enemy capable of dying to a pickaxe is just as vulnerable to burning, exploding, being crushed, or falling to its own death. They are as much at your mercy as you are at theirs, as long as you're smart about it.

Yet the monsters stalking around aren't the only deadly threat. The fact that you're alone in inhospitable Greenland, much less stuck in a pernicious underground hell, only opened up by lethal machinery that must be negotiated to progress, does well in creating a twisted mix of plausible real-world dangers with the inconceivable horrors potentially lurking around every corner.

The only semblance of human interaction comes through the enigmatic and insane voice of Red crackling through the comms of the underground. It isn't initially clear whether he's friend or foe, the only immediately obvious thing is that he knows the place better than you do, and a necessity of getting out becomes finding him. Although usually harrowing, your thoughts and Red's commentary provide some morbid relief and depth to the game at times, given the situation.

That brings up one of the more appreciated aspects of the game. Most of the atypical or story-related objects have a brief description or passage that can be brought up when the character interacts with them. This helps with developing the player's mindset, framing the current puzzle, and the overall narrative terrifically well. Being the first entry of the Penumbra series, the information stashed around provides the presumptive origins of how the underground came to be the way it is, giving enough lore for the player to be emotionally invested in the ending while still refusing to give all the answers, saving them for the later installment.

The final feature that will either be hit or miss for some people is how the actual object interaction is handled. This itself is what makes the combat system 'cumbersome', as objects in use usually need to be physically 'swung' with the mouse while holding M1 down, meaning this isn't like a typical FPS where a single click will suffice to operate something. This mechanic shines with objects like pressure valves, doors, and hatches while making it a PITA when wielding weapons. This would go on to be refined in the following game with the removal of the combat system, but here it feels unfinished for that reason alone.
The main gripe I had (mainly towards the end) was that some objects technically seem like they can be used together right away to complete the stage, but in reality there's another part or step that must otherwise be taken to complete it. In a few cases this was the opposite of intuitive, feeling plainly procedural.

TL;DR, OVERALL 9\/10, IF ON SALE GET THIS GAME. YOU'LL ONLY REGRET IT IF YOU'RE AN IMPATIENT SUB-100IQ TROGLODYTE. Duration 4 hours

Some games age well, this one hasn't. The environments are very plain. The combat is horrible. Why is there even combat in the first place? Same dogs, over and over. I believe the sequel has removed the combat, excellent choice.

I'll probably play the sequels, as this was relatively short. But I can't recommend this game in 2019 when there are games like Soma and Aliens Isolation you can play.

4\/10. Taken on its own merits alone, Penumbra: Episode One is about as challenging as recovering a lost login password. About as frightening, too.

It desperately wants to scare you, throwing all manner of weirdness at the player. Unfortunately, the sum of those parts is far more goofy than grim. It's a narrative that implodes under the flimsy constructs of a wildly inconsistent tone.

If this game is indeed an overture, I think I can guess into what sort of a "movement" it's leading...