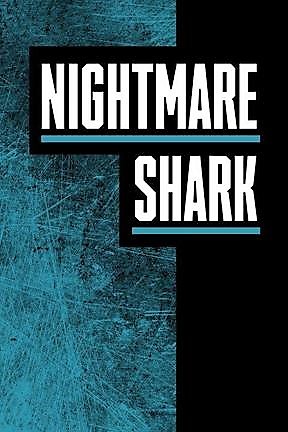 Survivors of previous shark attacks are hunted by a supernatural shark in their dreams.
If you are looking for a serious shark movie clearly you don't understand the purpose of Syfy's sharknado week. With that out of the way. This was easily one of syfy original's best shark pieces. It gives great fan service to those who have watched "Atomic Shark" and "Trailer Park Shark". Without divulging any spoilers just know going in you are in for a nightmare on elm street experience with Sharknado level CGI, and a still image of the same shark hunting the main characters.
After emerging from a shipwreck, a group of survivors finds themselves drawn to a remote compound in the wilderness to take part in a project to deal with their dreams only to learn that the supernatural shark stalking them is the least of their worries and must try to get away alive.

This was an incredibly enjoyable effort with a lot to really like here. One of the best aspects of this one is the fact that there's such a unique and clever setup that gives the sharks something new to do in a movie. The concept of a shark terrorizing a group of people in a dream, manipulating the environment around it or even bringing in other strangers to interact with it in the dream itself causing this one to end up with some truly inventive nightmarish scenarios in a shark movie. That setup manifests itself in some absolutely stellar nightmare sequences that serve as the film's best aspect. From the opening of the shark chasing the victim through the street appearing from holes underneath while trying to use the other participants of the dream to help stalk her, the fantastic ambush on the tired driver leaving the facility or the standout sequence of the attack on the knocked-out victim who is chased around the various stages of the compound being stalked by the shark before finally getting the big outcome, this one really manages to take the concept of a shark able to interact with others in their dreams to a terrifying resolution. The other big attacks, from the desert-based hallucinations to the final attack in the bottom of the compound which is quite creepy and enjoyable. The other really enjoyable aspect here is the unique storyline for the human drama which is exceptionally well-done. Not only does this feature a great storyline for the shark, but the idea of crafting this plotline involving the use of an experimental drug-trial that's looking to set the reasoning behind their dreams only to instead be the source behind the unleashing of a mythical shark god that's preying on them gives this a strong setup which is given quite a bit of nice build-up in their early discoveries that hint at something else going on. The twist involving that actual revelation gives the film a nice overall air to this one, giving the film a lot to really like alongside the graphic-looking shark design. The CGI doesn't look the greatest here but it's a minor quibble with the rest of the film's positives.