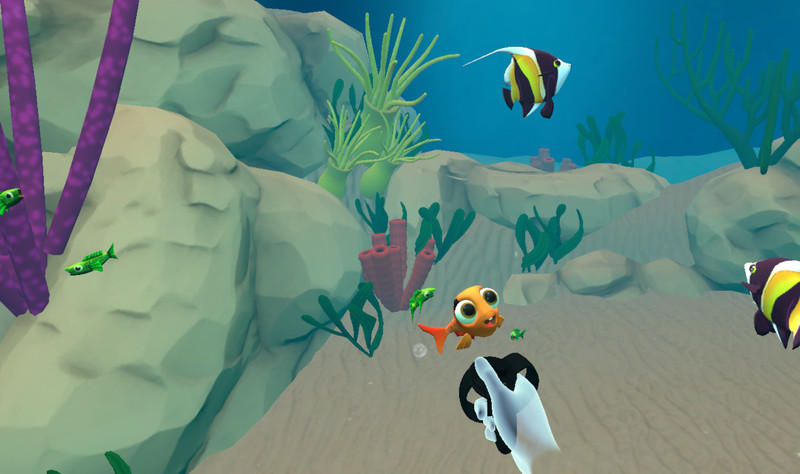 There are plenty of fish in the sea, but few as hungry as Munch! The classic eat-and-grow genre reimagined in Virtual Reality.

Survival of the swiftest

Eat smaller fish to grow in size, but make sure not to get eaten by other, bigger creatures. Defeat all the 20 waves of delicious prey and dangerous foes through five unique environments and devour your way to the top of the food chain!

Any fin is possible

Few things can beat the sensational presence of room-scale VR. Munch is an exceptional experience at the bottom of the ocean where every motion and action feels natural and intuitive, without causing motion sickness. Immerse yourself in the world of Munch!

VR is for everyone

Munch is a game that virtually anyone can enjoy. It's as easy to learn as it is challenging to master, and will always keep you on your toes as you wrestle through the waves.
Challenge your friends to a watery showdown and see who ranks highest on the leaderboards! 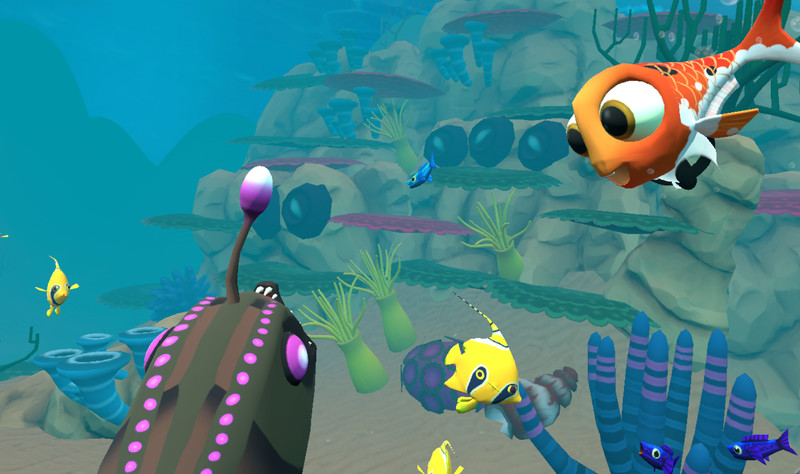 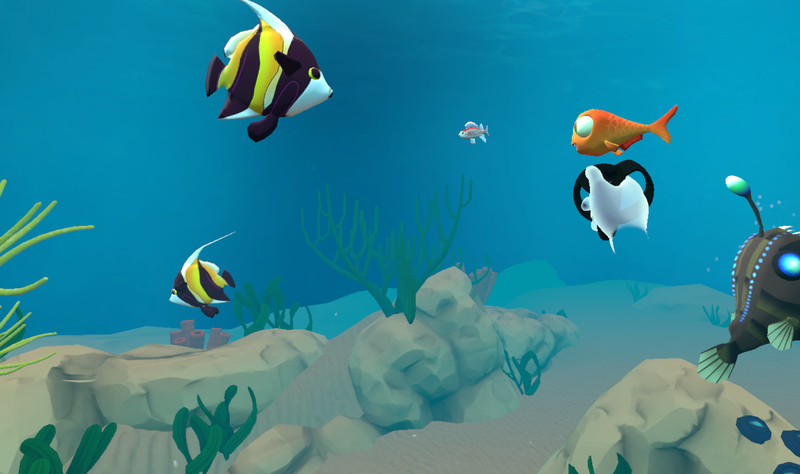 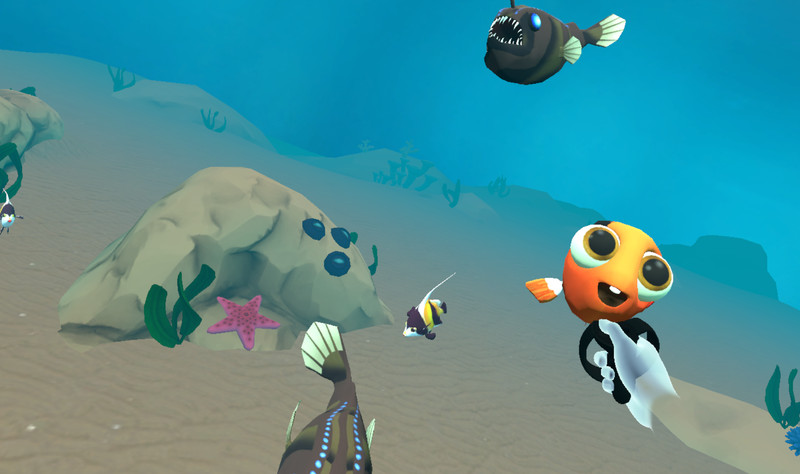 Good game for every age, i will say tho, i was dissapointed there's no free-roaming\/infinite mode :\/ (or at least i couldn't find it).

If you're new to VR (like i am), i would classify this as a horror game :'D Everytime i turned around and saw one of those big black fish i would scream!. my son loved it wish there was more verity of fish. Great VR game for the kids. Probably not enough here to satisfy older players.. The game needs a lot<\/i> more polishment. Although is is playable and has a lot of potential it seems to me rather like a quick hack then a lovingly designed piece of software.

pro:
- nice concept
- neat fishes
- room scaling works fine
- I like the look of the fishes
contra:
- the sound quickly becomes annoying:
- sounds more like being in a bathtub then being underwater in the sea.
- the munching sound is only one modulated sample. Monotonous.
- unlike suggested by the trailer there is no music
- badly working collusion detection - the fishes sometimes swim through each other
- especially when moving slowly your fish is shuddering
- some fishes need a more polished animation
- fishes appear out of nowhere \/ baly set spawn points - would not have been much work to hide them
- low detail landscape
- becomes repetitive quickly

If this game would cost about two euros I would have nothing to moan about it. It's price is far too high.. The whole family has a great time playing this game. This is my 6 year olds favorite game on VR to date.. Its a good game for little kids. Pretty cool game.. This is one of the few VR games I let my 4 year old daughter play. She loves to try on the goggles and watch the fish swim around her. The point of the game is to eat the smaller fish with your fish, but that doesn't matter that much to her. Just watching everything around her is enough. We played the demo a lot.
If I could request a feature it would be a pure aquarium mode. There could be 2 modes - just cute fishes and one that includes fish that have teeth. Mabye with some interaction of some kind. Treasure hunt?
Thanks for making this game! It makes it possible for an old gamer-dad to share VR experiences with the kids.. More fun than it should be. Bought it for my kids, and they like it a lot. I have played it just as much myself though. Fun to chase for a new highscore, gets challenging at the later levels. Nice little polished game, that runs great (980ti).. Here's my first time gameplay video: https:\/\/youtu.be\/dasSgyvO108<\/a>

Overall this is a pleasent little game; it runs well and the graphics are pretty.

For some reason I can't get over how derpy the face of fish you con...