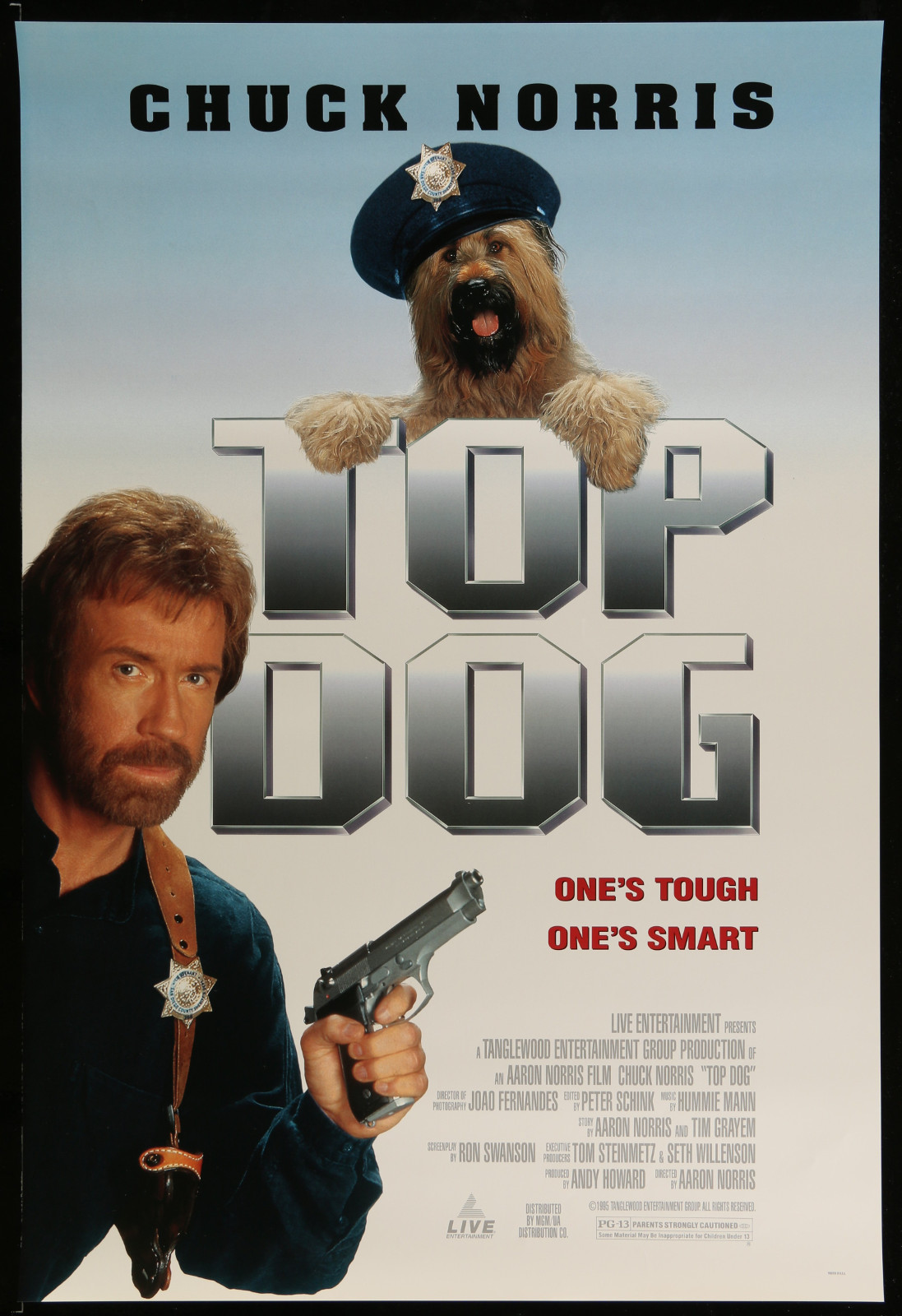 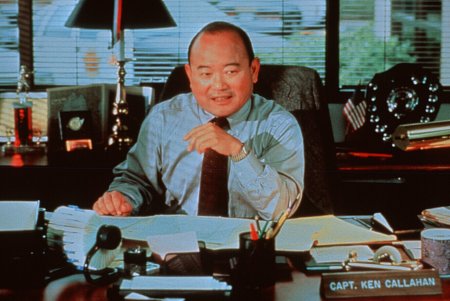 With his cop companion shot and killed by terrorists, Reno The Dog pairs up with tough cop Jake in thwarting the criminal organization.
Chuck Norris stars as a cop who gets a K9 partner and then proceeds to kick white supremacists' asses all over the place with the help from the ugly pooch. I assume that Top Dog was meant to be a barrel of laughs and after all who hasn't given us more laughter then Chuck Norris? I mean we will never forget the way Firewalker made us feel. However the dog, though meant to be lovable, is to me a gigantic pain in the ass. The stupid dog is begging for donuts, stealing food and supposedly finding clues. Chuck Norris is even worse as he is supposedly a rough and tumble cop complete with a messy bachelor pad. Once again Norris isn't funny and neither is the dog. Although Top Dog did have 1995's most awkward moment of the year. That is when the dog attacks the pope and nearly kills the man add in the factor that people are killed and people yell racial slurs at regular intervals. Of course racism, blood thirsty violence and physical attacks on religious figures makes for great entertainment for the little tykes. After all we seem to embrace the children who go ape and starts shooting up their schools...So why not market a movie at a younger age so little tykes can wipe out the popular kids at a younger age. It's a genius plan, after all how cool would it be to return to your ten year reunion knowing that eight of the popular kids won't be attending due to your 4th grade shooting spree. Those crazy kids...

* out of 4-(Bad) The absolute main problem with this film is that it tries to blend two different kinds of movies that can't really work together. It tries to merge the typical cute and family friendly dog movie with the typical hardcore cop movie that features terrorists, shoot outs, explosions, and fights. It tries to be a family film and a hardcore action film at the same time. Can you see how this clashes? This is essentially a typical Chuck Norris project that tries to add a Beethoven element to it, and it fails horribly. The side of me that likes action movies can't enjoy the action because it's trying to be cute, and the side of me that likes family films can't enjoy because of all the violence. Sometimes you can put a lighthearted tone and a dark tone in a movie and make it work, but not when the tones differ this much.

The movie does feature some decent fights by Chuck Norris, and there were a couple memorable moments, but in the end it's not worth watching unless you really want to see Chuck Norris in action.