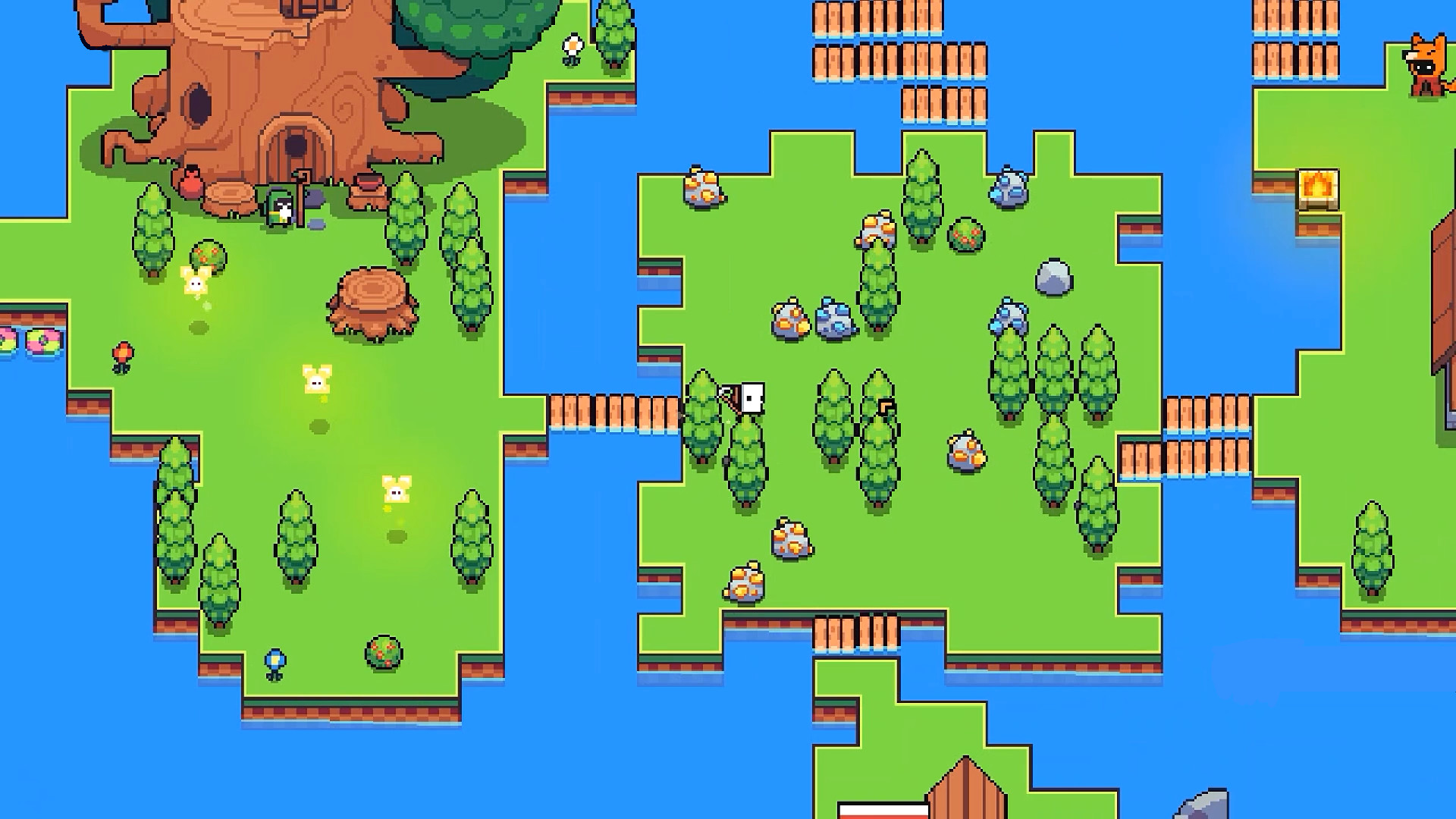 Forager is a 2D open world game inspired by exploration, farming and crafting games such as Stardew Valley, Terraria & Zelda. 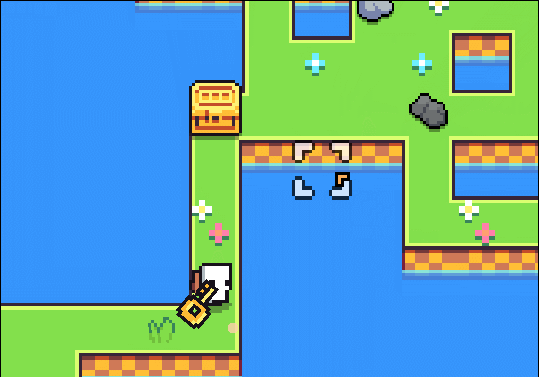 Start small and improve your base, skills, equipment, network of friends (and enemies!) and build your future as you see fit! You can play Forager in a very varied array of playstyles... 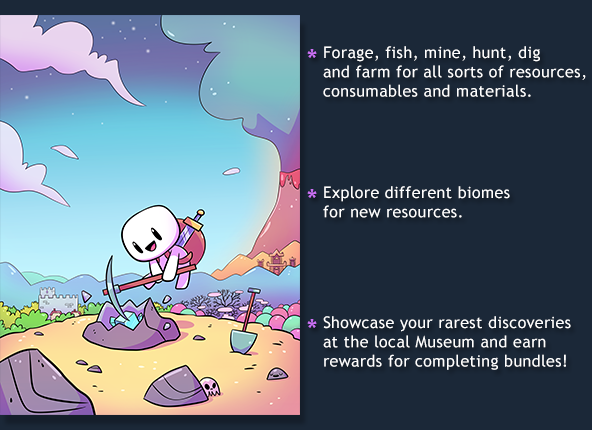 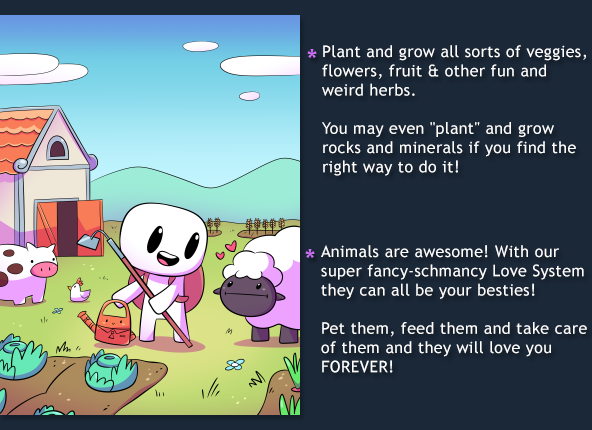 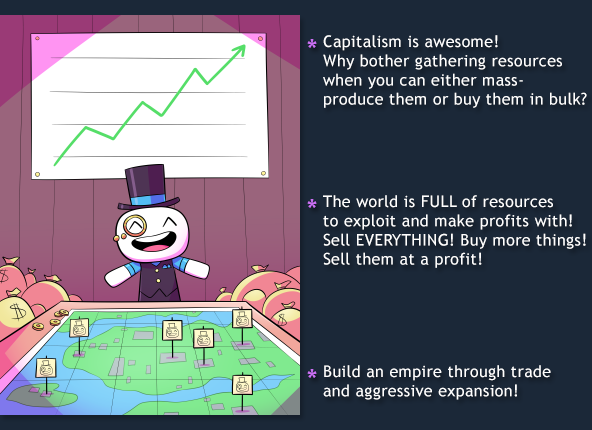 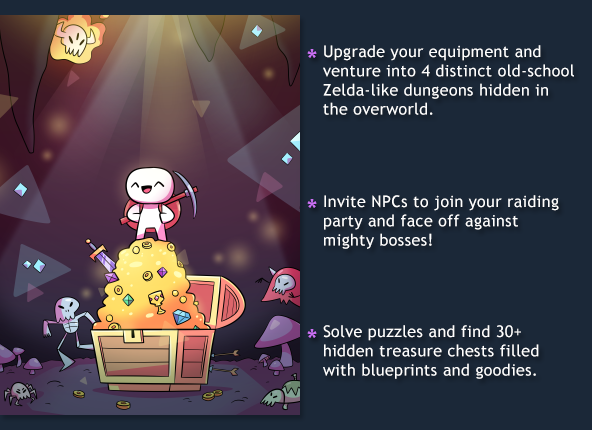 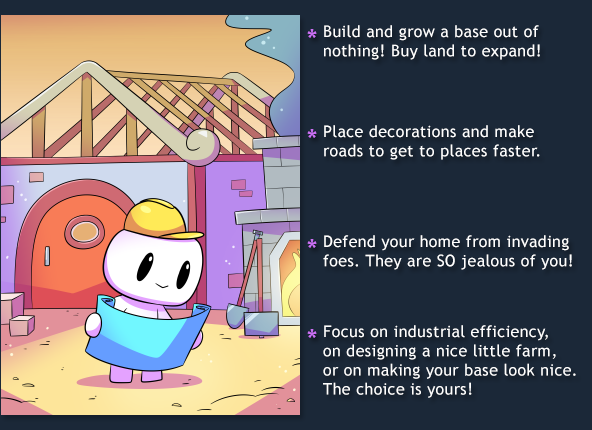 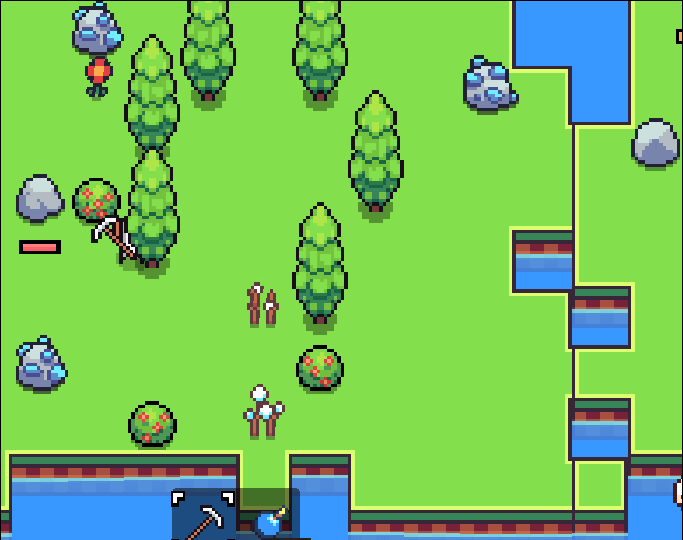 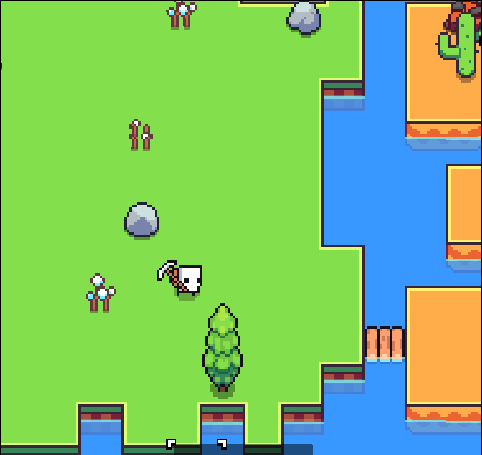 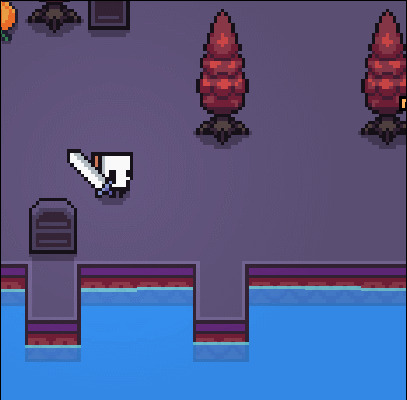 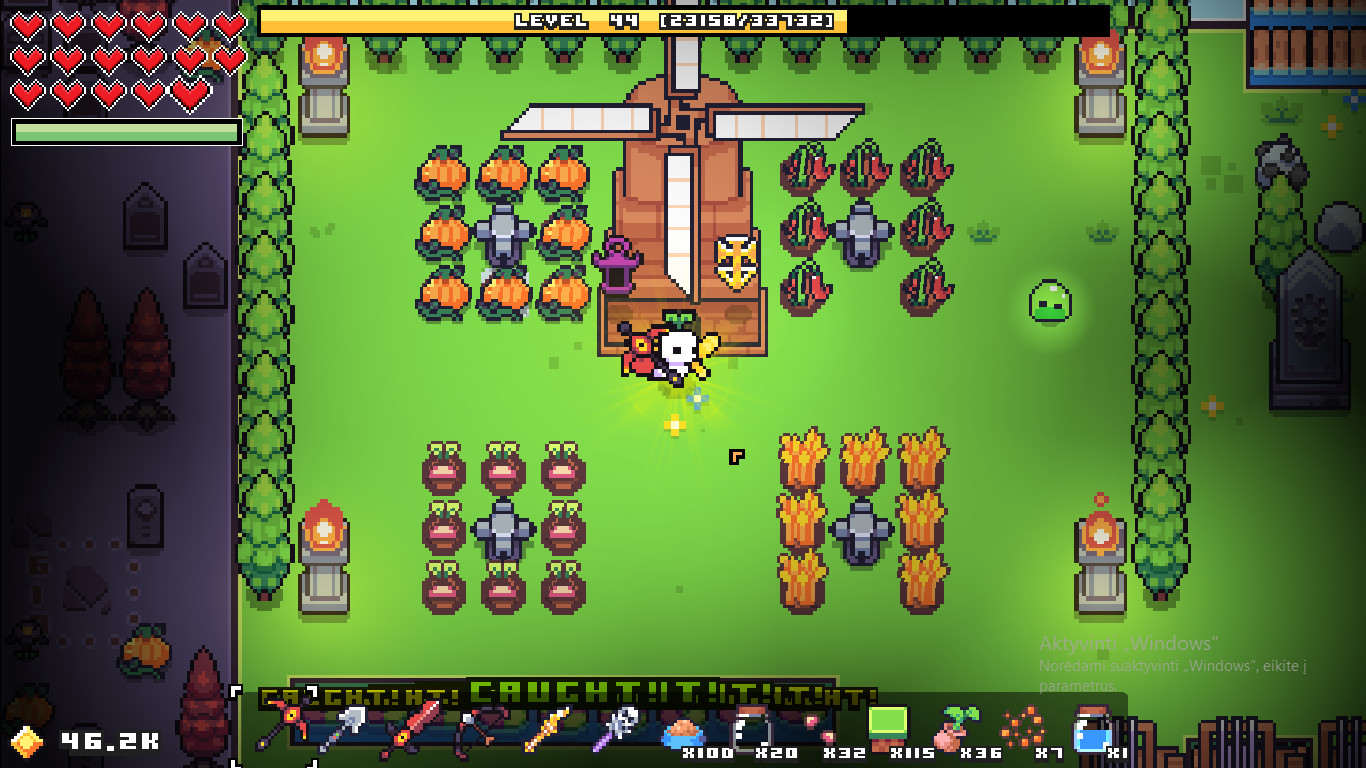 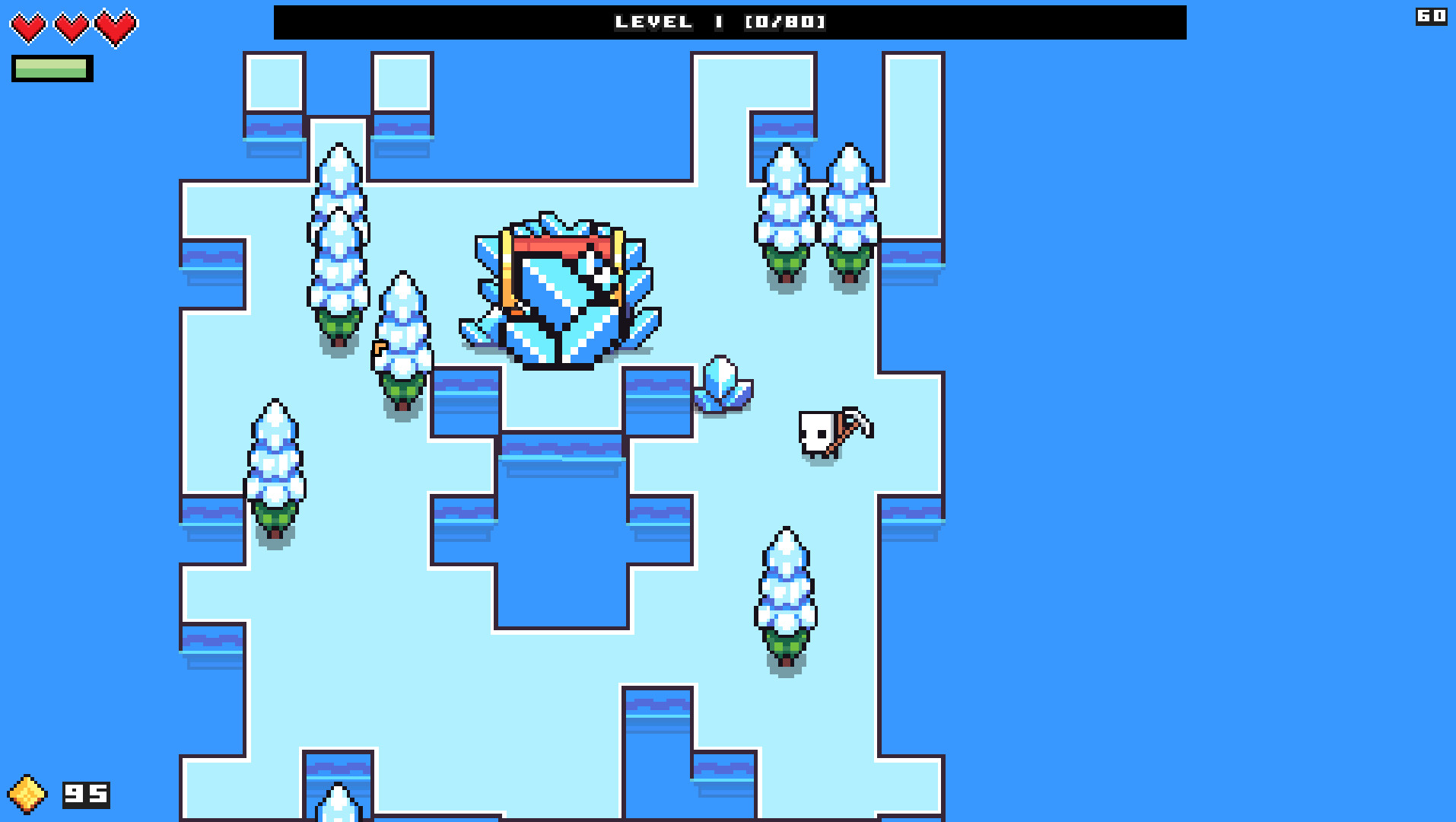 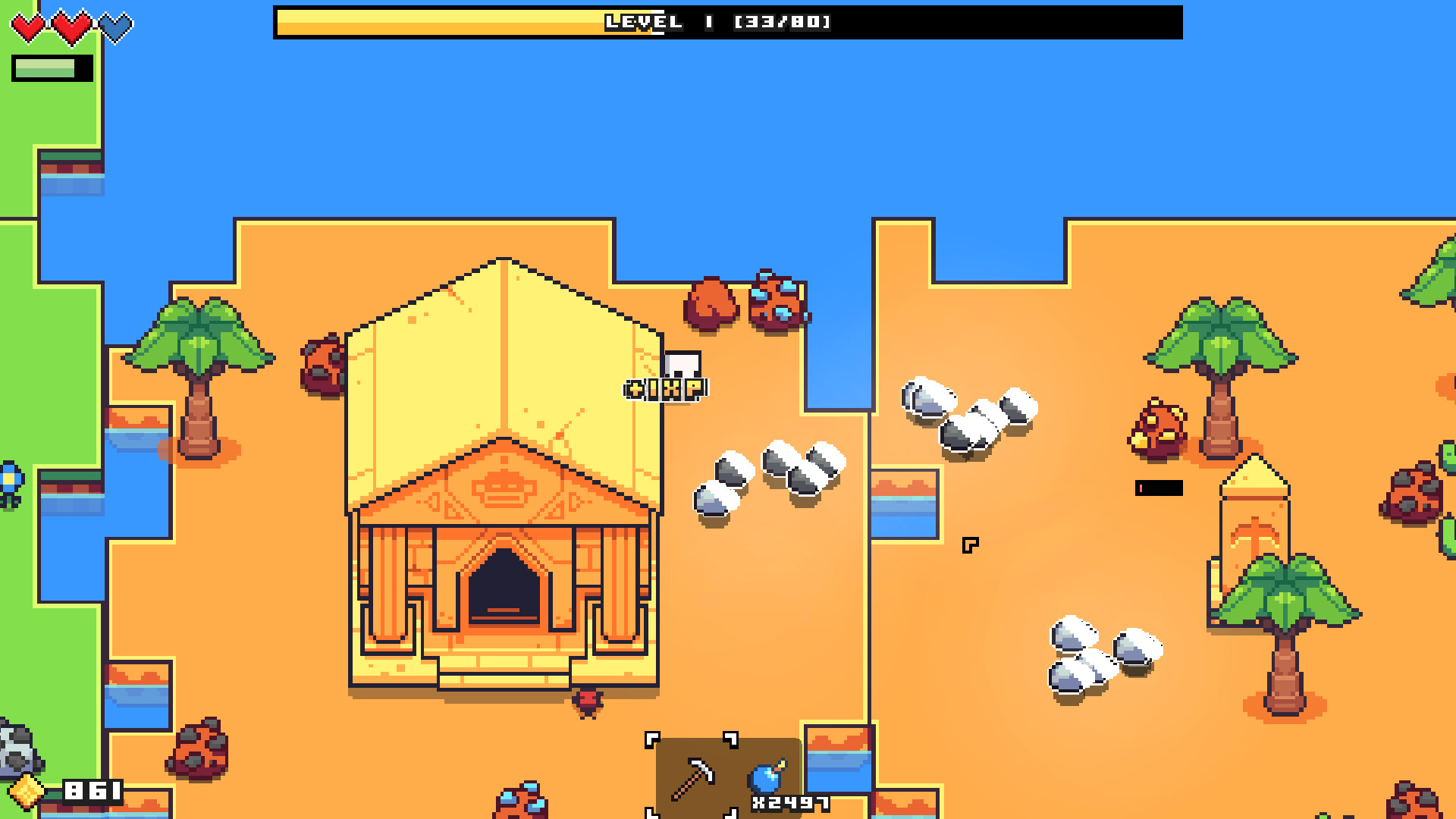 this game is a massive skinner box, and not a good one either. At first, it looked like there was going to be some sort of interesting resource management game play going on here where you had to manage stamina and scare randomly generated resources... but then, this game is the complete opposite of that.
It's horribly easy, and the game just hurls resources at you with such disregard that quickly nothing has any value anymore. I don't understand why this game was getting hyped up, so much, it's really not good.. SUMMARY: A strangely relaxing yet addicting, chill yet frantic foraging\/crafting experience. Forager takes the classic harvest-craft-survival genre and both simplifies it and ramps it up. You are an unnamed creature on an island, harvesting resources, constructing equipment, learning skills, and eventually buying access to other lands. But as the game expands, more and more is unlocked, things become delightfully over-the-top - whille still being relaxing and managable. A must-play for fans of the genre, though the grind is part of it.

Forager is a game about a puffy little marshmallow of a man who appears on an island with a pickaxe. Slowly, playing him, you harvest resources and begin to build and to acquire skills. Resources renew each other, so you never run out. It's an almost relaxing clicker-like game, though early on you'll notice there's a lot of slots for technologies and equipment you haven't unlocked . . .

Then, slowly, as you unlock skills and pay for new lands you find more resources, more monsters, more puzzles, and more technology and things get crazy. Soon you'll have mining lasers zapping resources, banks minting money, and lines of furnaces turning out metals. Forager starts simple. and then gets more complex - yet somehow remains relaxing. As you progress in the game you can automate resource acquisition and other activities, letting you venture forth while your own mini-empire of automation churns away.

Forager starts simple, and whenever it gets more complex, it offers ways for you to automate that complexity and unlock new equipment. You're always navigating towards ways to optimize what you do and find the best way to do more. It's an amazing juggling act.


The game consists of:
* Resource acquisition.
* Gaining experience by harvesting, building, fighting monsters.
* Unlocking skills as you gain experience, giving you new buildings and materials, as well as synergies of skills.
* Building new buildings to provide utilities, and finding ways to combine them. Many will process materials automatically, and others provide various automated features like automatically freeing resources.
* Building and upgrading equipment.
* Unlocking new lands with money.
* Performing various quests and solving puzzles you find to gain new advantages and equipment.

Forager does this all with a charming colorful aesthetic and music. It's soothing even when your automated kingdom is churning away.

One warning is that the game does get deliberately grindy at the midpoint. That's part of the genre, but forager makes it into a mix of calm grind (you can just sit around defended by ballistas and let automated mining take place) and frenetic checking. That might not be for everyone.

So who's this for?
* If you like open world harvesting and survival, this is for you - it's a straightforward yet complex version of that genre, accessible, but with so many options.
* If you like relaxing games with crafting and setting things up, you may like it.
* If you're big into automating and optimization in games, you'll probably enjoy it.
* If you like any of the above but need a more relaxing experience, its a GREAT choice.. I killed a bete and became Cthulhu 10\/10 would do it again. It's not bad, but not worth its price either. If i had to rebuy it, i'd buy it at 10\u20ac. Loses its initial charm rather fast, becoming aimless and all over the place after a little while. Not much to do despite all the complexity, which translates more as a lack of depth.

There's all these game elements thrown at you but... not that much cohesion between them in the end. It's a lot of ideas put together, yet very little carefully crafted design.

As some others have described it, the game also suffers from the automation, power creep, and lack of meaningful goals.

The art and music are cute though, and you can feel that the dev put some love into the game, albeit perhaps a bit naively.. i love this game i really do but as of now its not worth the $20 there's not enough to do right now this game has so much potential and im looking forward to the updates but as i said right now its not worth the price. great game!. Very cute game. Spent hours on it. Only thing i'd suggest is for the dev to add a choice upon death whether to try again or to return to main screen. Otherwise Forager is a very enjoyable game especially for those cleptos such as myself!