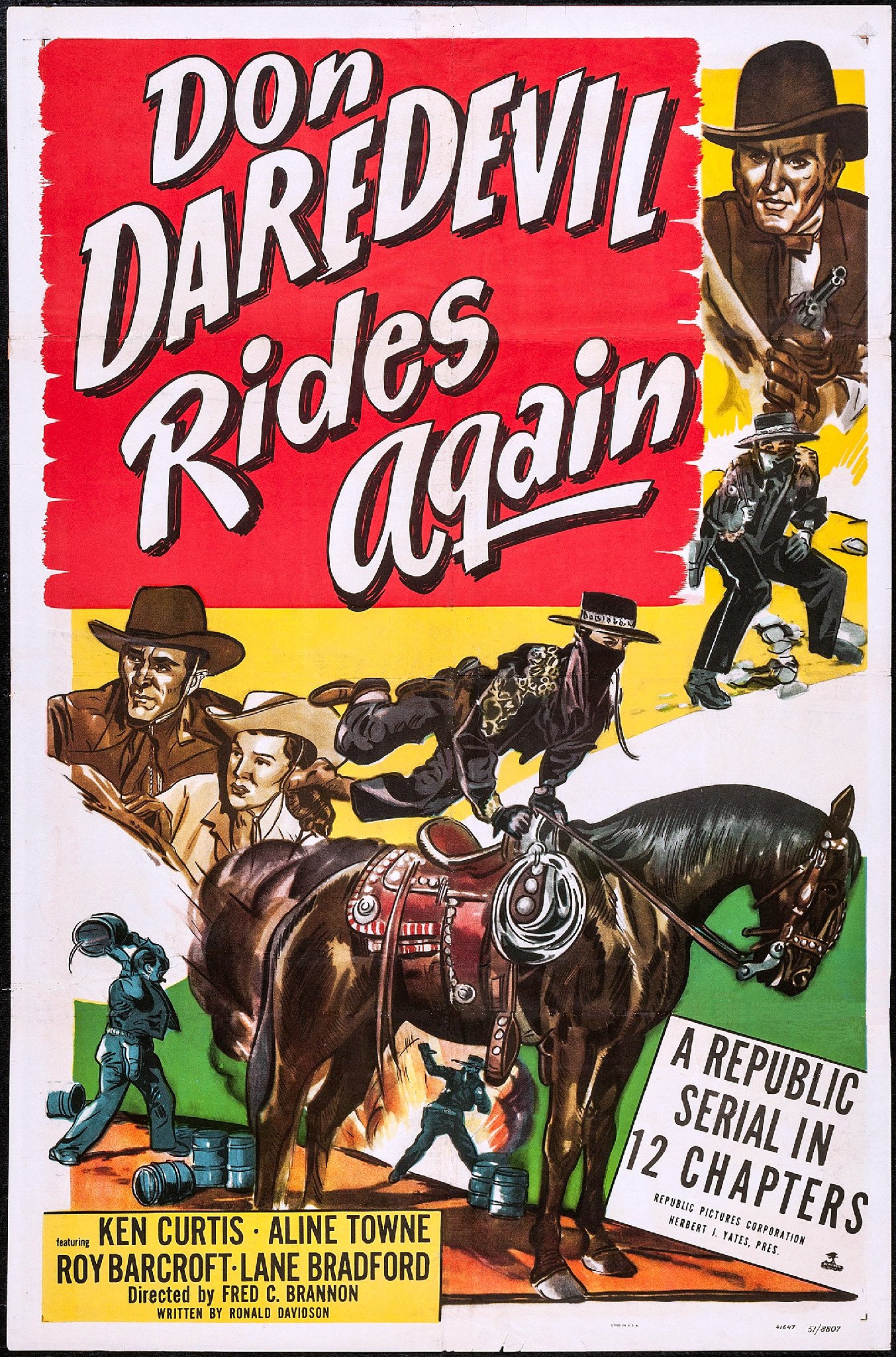 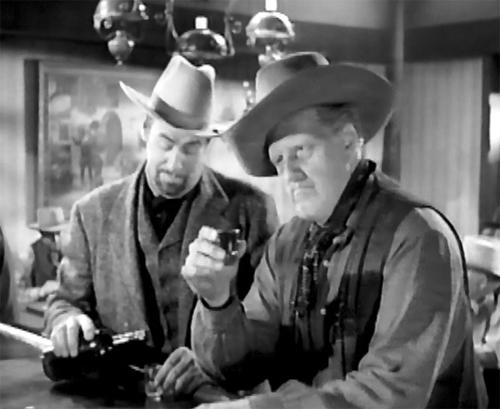 An old Spanish land grant has been proved a forgery and all of the homesteaders on the land are now forced to move. The real grant is in the possession of Stratton, a lawyer, who plans to use this land grab scheme to accumulate wealth and power. Lee Hadley, another lawyer, plans to challenge the forgery, but where words fail, he wears the disguise of his ancestor, and fights the crooks as the masked hero, Don Daredevil, and goes against Stratton, henchmen Webber and Hagen, and whatever treachery they can throw against Hadley and the rest of the ranchers. Obviously originality wasn't stressed in this serial, as this probably was a good example of how Republic was losing its touch as the 50's and TV era rolled in. The story and script could have been tweaked somewhat to allow some interesting escapades and plot devices while still maintaining the ability to delve into the Republic stock footage vault (which they did a lot in this serial). Curtis is very boring as the lead, and the usually reliable Towne and Barcroft really come off seeming like this was another routine production under contract. There is the regular amount of Republic action, but it could have been improved. Rating, based on serials, 3.5
Okay Republic effort, with Curtis likeable as hero (THAT was FESTUS?), Barcroft good as bad guy. The saloon gets torn up in a brawl every other chapter, and some of the thrills IN the chapter are better than the cliffhanger endings, but considering the idea was to use stock footage of other guys in the Zorro suit (including Linda Stirling), DON DAREDEVIL comes off pretty good.