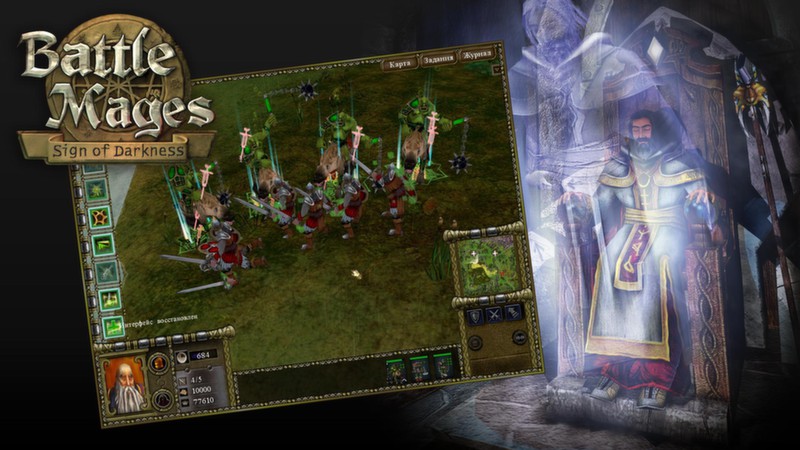 A thousand years had passed since the great battle between the Lord of Chaos and the forces of the Order. Little by little, life returned back to normal.

The story begins, when a young neophyte journeys north, to learn from an eccentric wizard, one of the most ancient and powerful Guild’s members. The apprentice doesn’t know yet, that his teacher-to-be is one of the Keepers, and that his destiny is to become a catalyst for the events, that will make Daenmor shudder…

Battle Mages: Sign of Darkness is an enthralling journey to the world of original game. It offers four new campaigns, covering dramatic events that took place in Daenmor long before the Shadow of Warlock spread over the land. The player will discover the mysteries of the Order of the Keepers, confront treacherous plans of the elves, lead vengeful Orcs to the battle, oppose the creatures of Chaos, and of course the darkness will raise its flag over the green hills of Daenmor under his command. 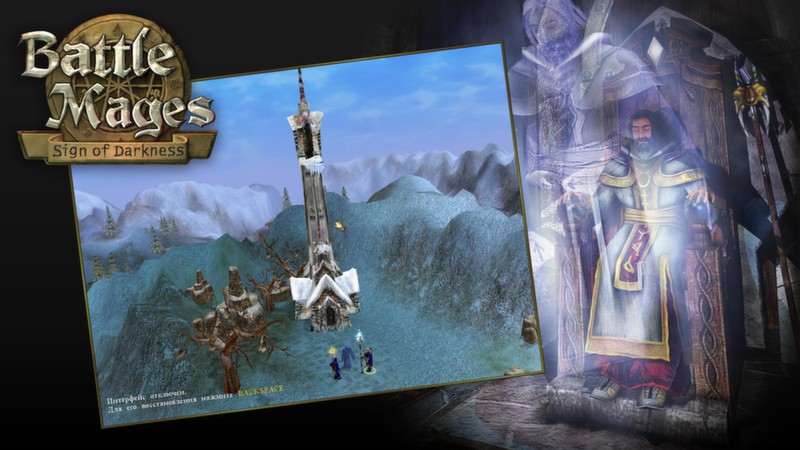 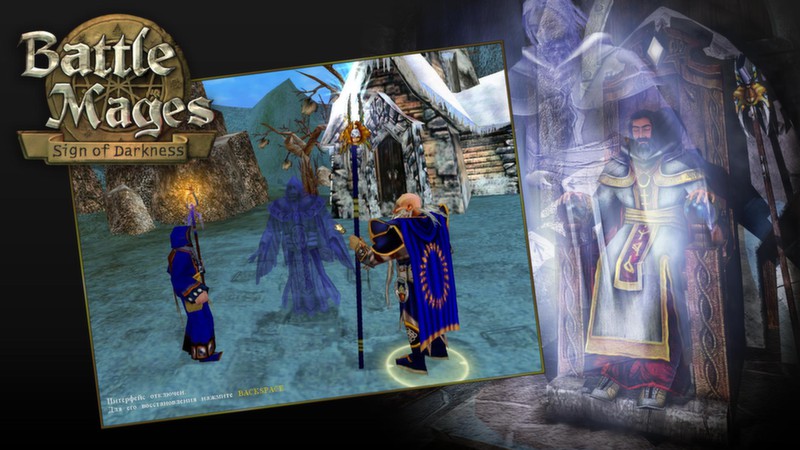 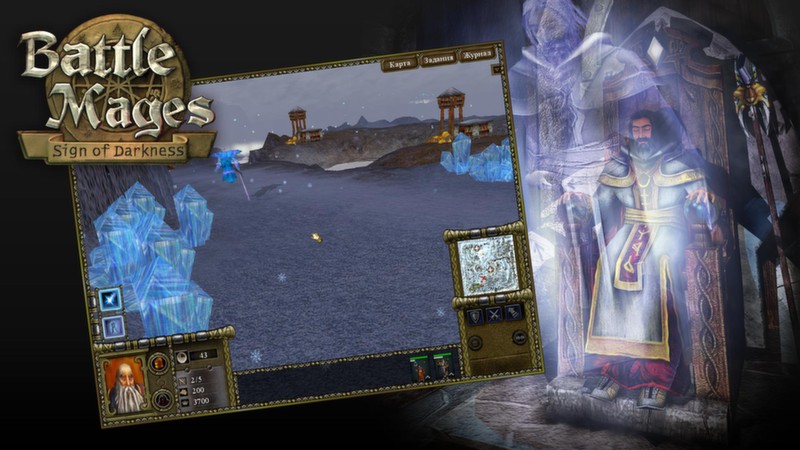 The game is old and it's noticeable via the graphics, but it runs smooth and it doesn't hurt the game play. I can't tell about the other languages, but at some parts English voice overs were not so good. Despite all this I do like the game. It's something different and the story kept me interested. The characters are interesting and the game has a lot of diversity.

Since the store page has some modified screenshots here's one of mine: http:\/\/steamcommunity.com\/sharedfiles\/filedetails\/?id=648719732<\/a>

It's a combination of RTS (real time strategy) and RPG (role playin... Battle Mages <\/a>, so it has almost the same interface and graphics, but the game is a stand alone installation. It has some changes though, but I won't go into them right now.

Battle Mages: Sign of Darkness delivers a lot more game play and story than the first game did. It has four different campaigns, each having their own focus on the main story. They each offer a different character, different combination of skills and availability of resources and troops, so you can experience the diversity the game offers.

You play the game by assembling an army, to complete quests, fight enemies to make the world a safer place and help those who need it.

You have a wide variety of available troops from human, orc, elf and goblin races including close range fighters, long range troops, mages and even heavy artillery. You buy your troops in towns. As you fight enemies, you and your troops gain experience. Your troops get stronger with each level of experience and when a unit reaches level 4, you can upgrade them to a better unit, but some units can't be upgraded and have only one level. Upgrades can be done in any available town of the right race (human troops get updated in human towns etc.). Not all kind of towns will be available though, since you will travel to far away lands.

You aid your troops with spells, healing and empowering them, summoning Magical spirits to aid them. You also have a wide variety of damaging spells you can use on your enemies. Spells require mana to be cast, with no mana you can cast only the spells you put in quick access (F5-F9, F10 summons Magical spirit and can't be changed). After casting a spell from quick access, it takes a while to regenerate. When you gain experience, you can use it to learn new spells, learn new skills or upgrade your max mana, mana regeneration or maximum army size and more. When you reach a new level, a new set of spells gets available.. Really fun game, but there are some un-addressed game breaking issues. This game is OLD. But still a pretty okay strategy game.
One of them Strategy games with an Avatar commander, I kinda like those types of games.

In this case you directly control a battle mage, or rather his astral projection, and of course you direct the troops. You can arm your army with special equips, your troops can drag items, and you can do quests for towns and of course delve into the story. And ofcourse the mage can also cast some spells from his projection.
There's also a level system for the mage. From what I've seen so far it's per campaign level.

There's a few slight issues with the controls; turning the camera for instance can be a bit troublesome, which is annoying because you do have to keep a good eye out. And if one guy of a troop gets stuck somewhere, the whole troop walks slow as hell and is hardly of any use until you get them back together... So you do need to keep an eye out on that.
But that's the only trouble I've seen, the rest of the game seems to be fine.. it's an easy badge to craft. this is a slow moving game. you fly around the map in this high camera position controling troops that fight enemys on the map. There is some leveling up. Im sorry I just dont see anything special about the game.. A clever idea that lacks polish.

Cleverness: As other Battle Mages games it takes an interesting twist on the notion of a "hero unit" in the RTS genre. The hero is you, a mage who is astrally projecting around the battlefield. You command your units like a normal RTS, and your hero unit can cast spells, like a normal RTS. The main differences that make this game clever is that the levelling options for your hero are much more interesting than most hero units in the RTS genre. Four skills that each have a base effect, plus 16 levellable perks that are unlocked by the four base skills. Plus your spellbook which can grow over time.

Polish: Not much to say here except that the game doesn't have a lot of polish, even for a game released in 2005. The camera controls are cumbersome. The targeting is not very clear or precise. The user interface is not very intuitive. There is far too much "waiting for your troops to get to where you are" parts of the game. And the worst part are the bugs. Rarely do they break the game, but saving early and often is a good idea.

All in all, for fans of the RTS genre, who don't mind some rough ed...