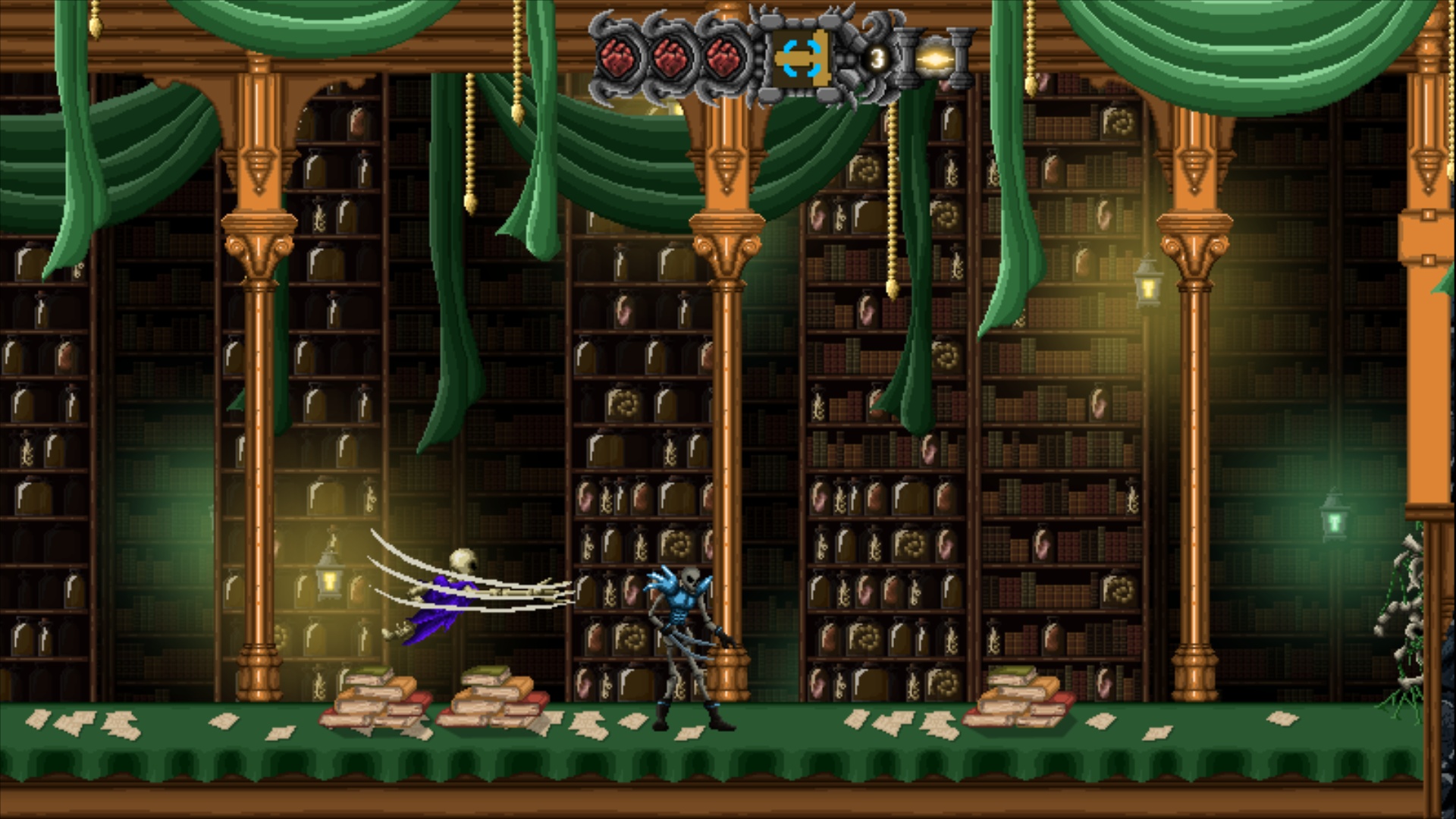 After Death is a platform / exploration game in a dark and hostile world.
With the help from lost souls, you will have to find a way to open a gate which seems to be the exit from this mysterious world infected by monsters.
By finding powers and armors, each areas can be explored and the truth will be revealed.

- A vast world with 7 completely different ambiences, each with one alternate version
- A 16bits consoles graphics tribute
- About 21 different enemies + 14 bosses + 7 mini bosses
- Many power-up to upgrade the player and to explore more of the world.
- 7-10 hours of play (depending of your curiosity and skills …)
- Original Soundtrack composed by Francisco Cerda (Jamestown, Gunpoint ...) 7ad7b8b382 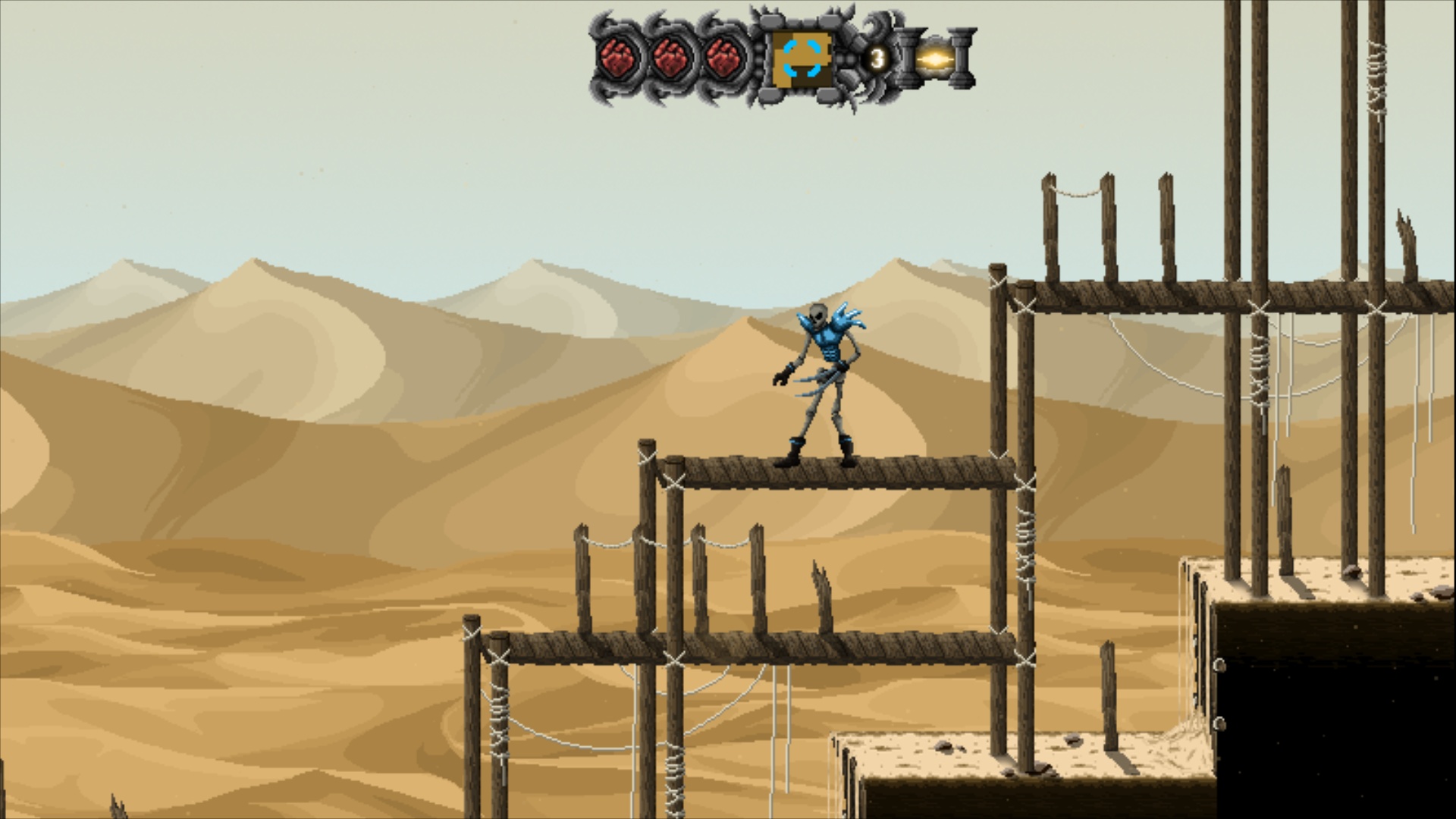 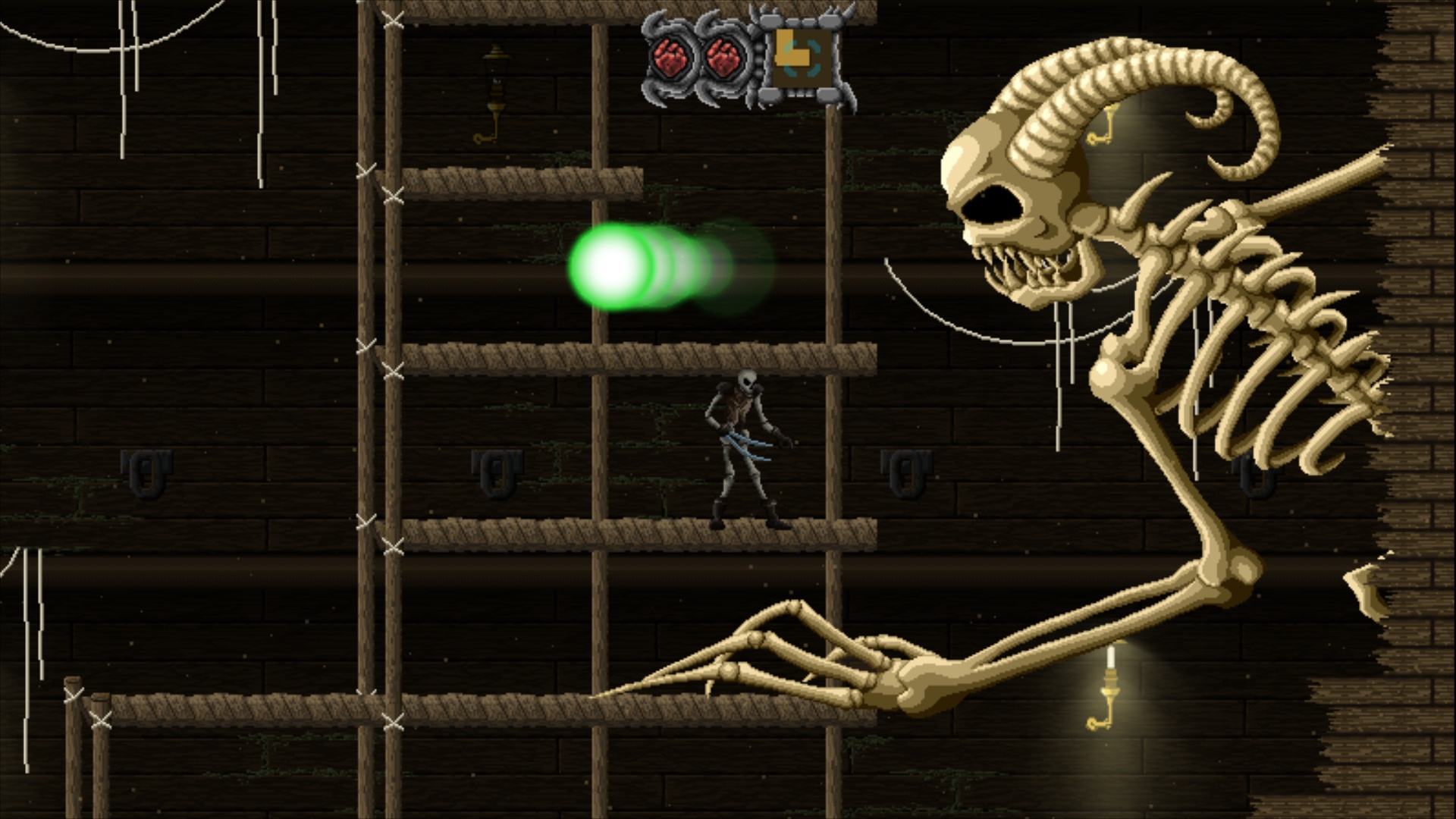 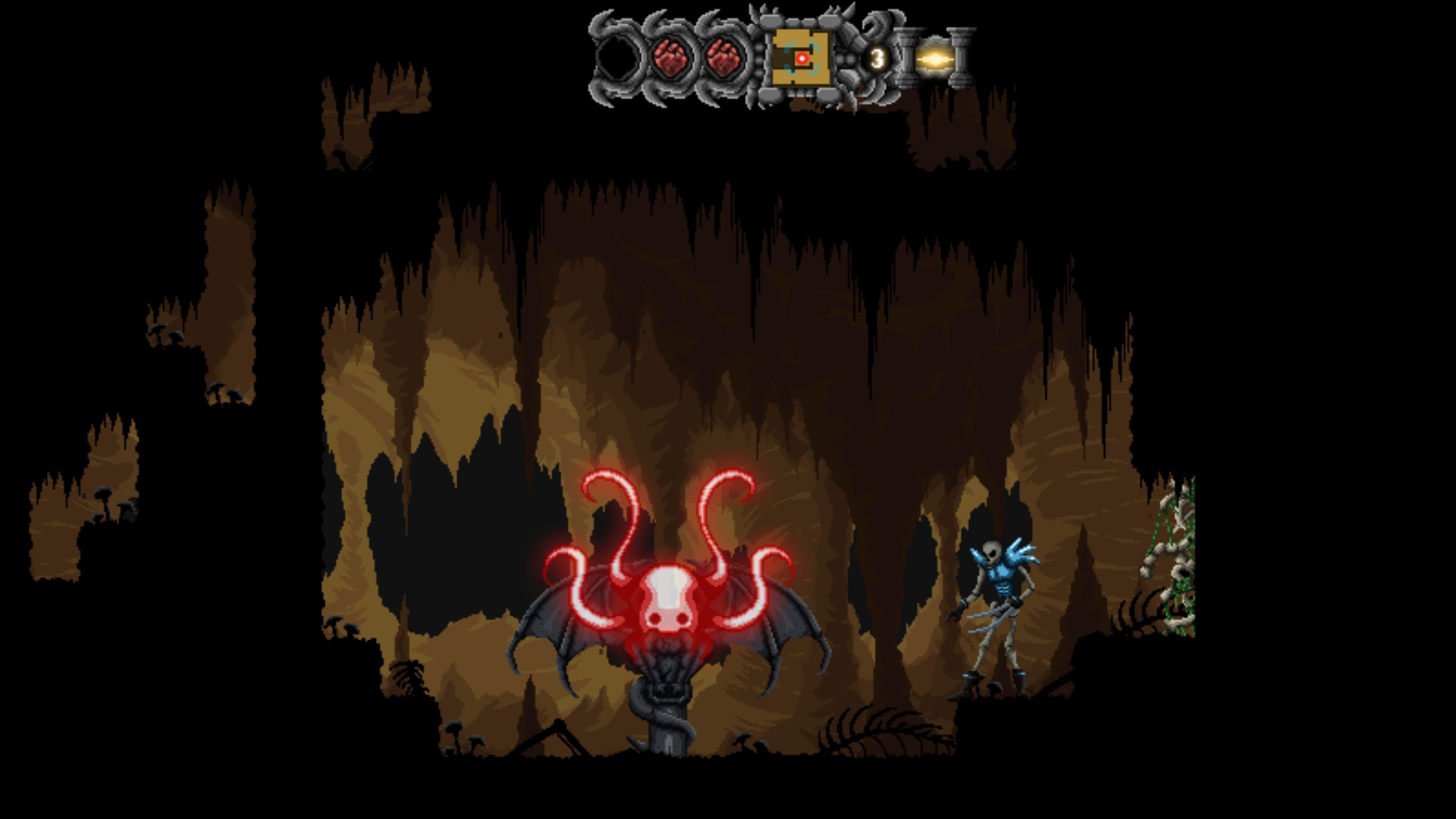 
If you like Metroidvanias this is one of the better ones. A very extensive maps, and more bosses and upgrades than usual. The graphics are fun faux creepy that suit the theme. The bosses as a trifle easy (until the last one), but I don't mind that.


For some reason I ended with only 82%. Maybe because II missed achievements?. IfI'd like to unlock the other 12%, because the game is that much fun.. Honestly, this game feels very bare bones (sorry), and just wasn't fun. The graphics are okay, the animation is minimal, the soundtrack is pretty good. The enemies are dull, and are largely just pallette swaps of previous enemies. The boxing in of the screen space is hugely irritating, and detracts from the immersion in the game. The character's lack of animation really sucks the life out of things too.

This is my favourite genre, and I bought After Death at 50% off but still have requested my money back. With competition out there like Axiom Verge and a plethora of others, this just doesn't cut the mustard.. Pretty nice little game. More of a Metroid, less of a 'vania. Took me about six hours + some time to hunt down the secrets. If you crave metroidvanias or sega genesis-style games get it asap. But at current price, i'd say only if you own all of the good ones already.. Is this a good game? No.

Is this a good Metroidvania? Yes.

Cons
- Clunky movement and platforming. No directly diagonal jump (can only jump up then move in air, or move on ground then jump), some platforms seem to extend longer than they appear, some things don't look like platforms and you'll unexpectedly land on them.
- Clunky combat. Inconsistent hitboxes (see flying skulls and jellyfish. Basically same enemy, but hitboxes are wayyyy different). The movement issues listed above affect combat (bad jumping to avoid damage, landing on wrong platforms, etc)
- On one occasion UI got in the way of a platform needing to be carefully jumped on.
- Major balance issues (some enemies seem too burdensome to deal with, damage from off-screen\/falling onto damage, some bosses are either extremely easy or frustratingly difficult, etc).

Overall, I'm glad I played the game. I'd suggest it for any MV fan. For the variety gamer? YMMV. Just be prepared for some frustration, but not by design. Game is just really rough around the edges, but worth a play.. I just brought this game. I love its style and its music.
I recommend this game because it feels like the old game I love.

Congrats to the team.
Looking forward for your next titles.. Really good hidden gem, recommended for fans of other metroidvania titles. Early exploration can get tedious but it grows on you fairly quickly. Best experienced in short bursts, as the areas are fairly compact, and having a predictable formula of finding a new area, stumbling around until you find the map/save room/teleporter, then making a beeline to the boss, killing it, and finding a new upgrade that lets you reach a new area. If you're a huge fan of metroidvanias like me it does nothing new, but once the second half of the game kicks in and you start getting more and more OP it becomes extremely satisfying to just whoop the♥♥♥♥♥♥out of everything at a faster and faster pace until the end.
The only big complaint I have is that 1) you don't get the dash upgrade early enough and 2) you can't carry dash momentum into a jump. I know Masahiro Sakurai won't listen to my complaints on that but the devs of this game probably would.
The story, dare I say it, is barebones as expected. Every time it presented some new kind of cliche brought out by exposition from one of the 3 or 4 spirit thingies I rolled my eyes again. Everything's a bit too obtuse to care and I'm really sick of the whole "yeah I'll tell you this thing right now but I can't tell you everything because I don't feel like it lol" thing a lot of games seem to do, but at least there's a speedrun mode that lets you skip cutscenes.
But really though, the star of this game is it's amazing soundtrack. It turns what would be a completely forgettable 7/10 game into an 8 or a 9 in my eyes. I've been jamming out to it for the last week.

My bottom line: It's a great metroidvania for those who like the genre but there isn't really much unique about it. It's really fun but not a masterpiece. Buy it in bulk with a bunch of other platformers you like, forget about it, then rediscover it in your library and be amazed for a couple afternoons. Crossing my fingers for a sequel.. A hidden gem.